Allegation puts further pressure on relations between the two countries, which share a porous border 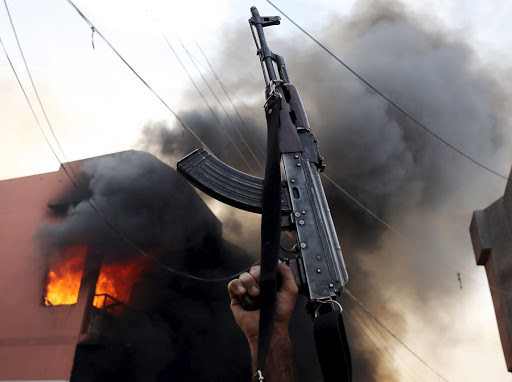 The allegation puts further pressure on relations between the two countries, which share a porous 1,000-km border across which tens of thousands of refugees have fled waves of rebel-fuelled violence in CAR since 2013.

The ministry said heavily armed assailants struck in the early hours of Sunday, attacking a post manned by 12 Chadian soldiers near Chad's frontier with CAR.

Chad's embassy in the CAR capital of Bangui was told by the head of CAR's military police to collect the bodies of the five soldiers executed by CAR forces, it said in a statement.

“This extremely serious war crime and this premeditated murderous attack, planned and carried out within Chad ... cannot go unpunished,” it said.

On Monday, CAR's communications minister Ange Kazagui said a firefight had broken out by mistake when CAR troops pursued a rebel group near the Chadian border, resulting in the deaths of troops on both sides.

He said the government in Bangui remained committed to peace with its northern ally and would establish a joint fact-finding mission to investigate the incident.

“The government deplores the loss of human life and the injuries thus caused within the Chadian and Central African armies,” he said in a statement.

CAR has been racked by instability since a 2013 rebellion ousted former President Francois Bozizé. The latest bout of violence saw militia launch attacks on major towns in an attempt to derail last December's presidential election.

Chad is the dominant military force in the region. For a time it played a central role in African efforts to stabilise CAR, but withdrew its forces in 2014. At the time, Chadian troops were accused by many in CAR of siding with the mainly Muslim Seleka rebels.