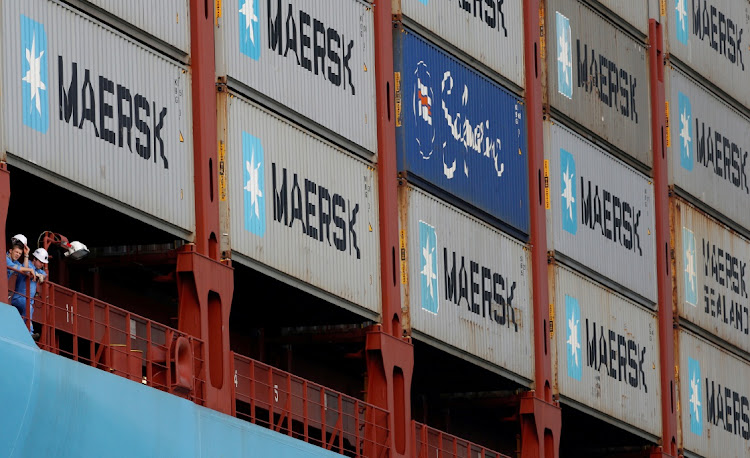 The port in Lamu is expected to eventually have 32 berths and offer an alternative gateway to access landlocked Ethiopia and South Sudan. It will supplement the clogged Mombasa port, which lies 340km to the south.

The $5bn project is part of a bigger infrastructure plan known as Lapsset that’s being rolled out by Kenya’s government and includes an oil pipeline, roads, rail lines and airports that connect the nation to its northern neighbors.

The port’s first berth is expected to process 400,000 twenty-foot equivalent units in its first year of operation, according to the Lapsset Corridor Development Authority. Establishing the first three berths has cost $480m, with two of those set to be fully operational by year-end.

Trans-shipment fees will be waived and permissible periods for the removal of transit cargo will be extended in a bid to woo shipping lines and cargo owners to Lamu, according to the Kenya Revenue Authority.

Luring new business to Lamu could prove challenging. Ethiopia has regained use of the Red Sea ports of Assab and Massawa following a rapprochement with Eritrea, while about 90% of its inbound trade already arrives through the Port of Djibouti. South Sudan may however consider using Lamu as an alternative to Port Sudan, the main maritime gateway in neighboring Sudan.

A key concern for potential users will be Lamu’s location. The idyllic resort town lies about 100km from the Somalia border and has come under multiple attacks from al-Shabaab — an al-Qaeda-backed group of insurgents.

In April, Kenya began constructing a 257km highway linking Lamu to the town of Garissa, part of a road network that will extend to the border with Ethiopia and South Sudan. The road will traverse sparsely populated Kenyan territory that’s particularly vulnerable to attacks from the Somalia-based militant group.

Malawi burns 19,610 doses of expired AstraZeneca vaccines despite safety assurances  from AU and WHO
World
1 month ago

Depositors are used to getting charged for services such as withdrawals and other charges without getting any interest for keeping their money in the ...
World
1 month ago