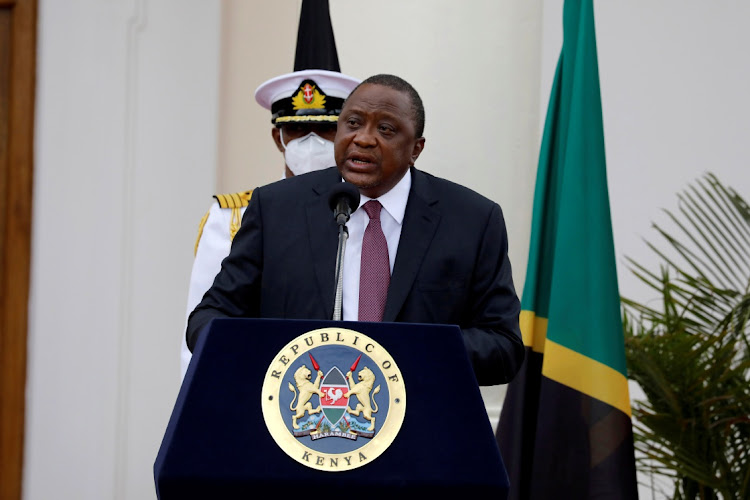 Nairobi — The legal team of Kenyan President Uhuru Kenyatta met at the weekend to plan an appeal after the high court ruled last week that his push to change the constitution was illegal.

Lawyers had identified grounds on which to convince the Court of Appeal  to set aside the judgment. The process could start as soon as Monday or Tuesday, the Daily Nation reported.

The high court ruling on Thursday  stopped what Kenyatta’s critics had called a political move designed to check his deputy, William Ruto, with whom he has fallen out publicly.

Parliament had already approved the proposed amendments, known as the Building Bridges Initiative (BBI), which mark the biggest change to the East African nation’s government structure since a new constitution was adopted in 2010.

But in the ruling on several challenges to the BBI lodged by various parties, a five-judge bench of the court said Kenyatta had used a constitutional provision reserved for citizens to initiate the changes, making the process illegal.

“The president cannot be both player and umpire in the same match,” said Jairus Ngaah, one of the judges.

Kenyatta says the BBI promotes the sharing of power among competing ethnic groups to reduce cyclical election violence and is not targeting anyone.

It will create 70 new constituencies, return the role of cabinet ministers to elected MPs, and create several powerful new posts: a prime minister, two deputies and an official leader of the parliamentary opposition.

Kenyatta initiated the changes with the backing of ODM leader Raila Odinga, after the two made peace in January 2018 following  a divisive presidential election the previous year in which the president beat Odinga.

The rapprochement isolated Ruto, who wants to succeed his boss when he steps down in 2022 after serving the constitutionally allowed two, five-year terms.

The constitutional amendments are partly designed to tame Ruto’s political ambitions, by making it possible to cobble together an alliance against him, said John Githongo, a prominent anti-corruption campaigner.

“It is very clear that some of these alignments are to sideline him,” he said.

“I don't think we have a constitutional problem in Kenya ...  the biggest problem in Kenya is an economic problem,” Ndindi Nyoro, a pro-Ruto legislator, said on the local Citizen TV. With Staff Writer

The law calls for the reintroduction of the role of prime minister and two deputies, and creation of a role that recognises the head of the opposition
World
8 months ago