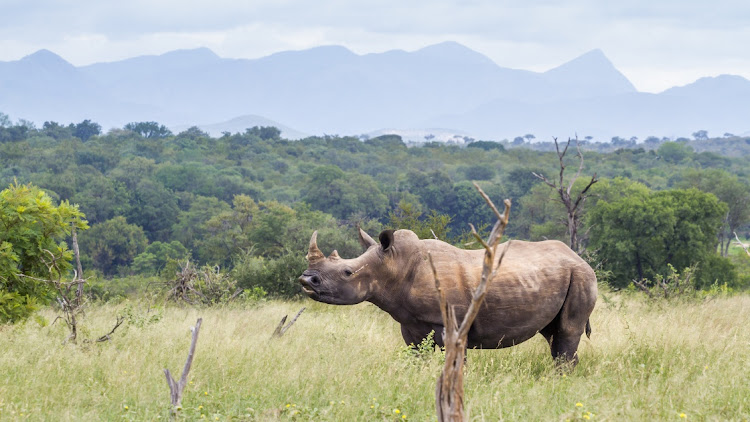 Zimbabwe plans to bring back rhinos to its second-largest national park, Gonarezhou, for the first time since they were wiped out by poachers in 1991.

At that time the total number of rhinos in the country fell to just 100 due to poaching and has increased to 1,000, according to the Zimbabwe Parks and Wildlife Management Authority.

Gonarezhou, which means “place of the elephant” in the Shona language, lies on Zimbabwe’s southern border and forms part of the Great Limpopo Transfrontier Park that links Gonarezhou with the Kruger National Park in SA and the Limpopo National Park in Mozambique. At 35,000km2 it forms one of Africa’s great wilderness areas and is larger than the US state of Maryland.

Now “we have very good numbers of rhino,” said Tinashe Farawo, a spokesperson for Zimbabwe Parks, on Wednesday. He said the reintroduction of black and white rhinos, the two species found in Africa, will take place “soon” and would have happened last year if it was not for the coronavirus pandemic.

While Zimbabwe has the world’s fourth-largest population of rhinos, SA houses the bulk of the world’s population of the animals. They are targeted by poachers for their horns, which are ground up into powder and are believed to have medicinal properties in East Asia.

Farawo declined to say how many rhinos would be reintroduced or where they would come from. Many parks in SA will not disclose their rhino numbers for fear it may attract poachers.

“In 1991, poachers savagely wiped out the rhino population in Gonarezhou,” Zimbabwe President Emmerson Mnangagwa said on Twitter. “Today, Zimbabwe is reintroducing black and white rhinos to the region. Truly a momentous conservation achievement.”

The initial hard lockdown in 2020 saw poaching numbers plummet, but as travel restrictions have lifted, the rhino is back in the cross hairs
National
5 months ago

ZimParks invites bids to purchase the animals in its reserves, hoping private game reserves with cash and spare water and food will get them through ...
Archive
5 years ago
Next Article