Somalia president backtracks on plan to extend his term 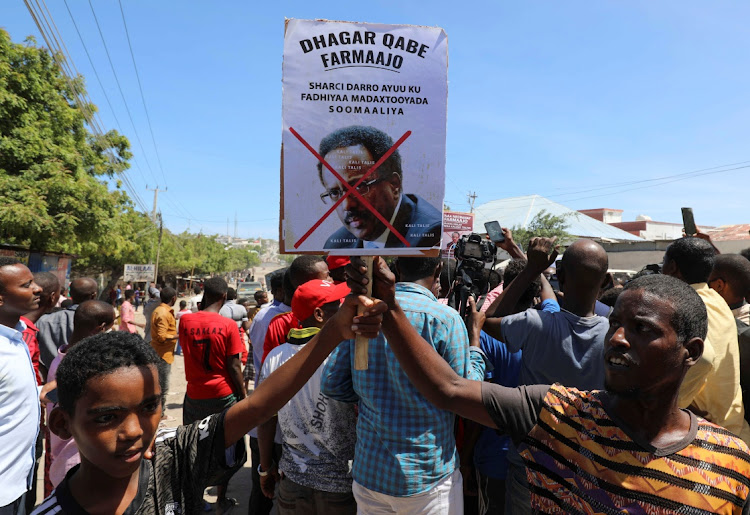 Somalian President Mohamed Abdullahi Mohamed has said he’s prepared to hold elections, after a controversial plan to extend his mandate without a vote drew international condemnation and stoked violence in the Horn of Africa nation.

Mohamed, also known as Farmajo, called for urgent talks on the return to a September 17 agreement between the federal and regional governments to hold an indirect election.

“As a government, we have always been ready to implement, without any preconditions” the September accord, Mohamed said in a statement on Tuesday night.

The announcement came after the US and the EU criticised the April 14 decision to extend his and legislators’ mandates by two years, and threatened sanctions and other actions against Somalia. The backlash emboldened an opposition which, before the extension, had asked Mohamed not to seek re-election as a condition for talks on the voting to progress.

The crisis has pushed Somalia to the edge. Some soldiers abandoned their posts in Middle Shabelle region on Sunday and went to the capital Mogadishu where they clashed with troops loyal to the president. The violence came after two former presidents-turned-opposition leaders, Hassan Sheikh Mohamoud and Sharif Sheikh Ahmed, claimed that the national army raided their homes in the capital.

The mandates’ extension came after the nation failed to hold a scheduled election on February 8 as the federal and regional governments disagreed over the voting process. The controversial decision required the nation to prepare for universal suffrage instead of a vote through electoral colleges as had been agreed in September.

The US and EU warned of a reversal of the gains made in rebuilding a nation after two decades of civil war and amid an insurgency by al Qaeda-linked militants, Al-Shabaab, who continue to stage attacks in the capital Mogadishu and beyond national borders.

Mohamed said he will address legislators on Saturday “to gain their endorsement” for the electoral process that’s based on the September deal.

Successfully elections will depend on Somalis refraining from actions that could lead to widespread instability, “including the politicisation of the security forces, creating social divisions and the destruction of public property,” Mohamed said.

But Senate says the move, which was opposed by the AU, UN and regional bloc, violates the constitution
World
1 month ago