But Senate says the move, which was opposed by the AU, UN and regional bloc, violates the constitution 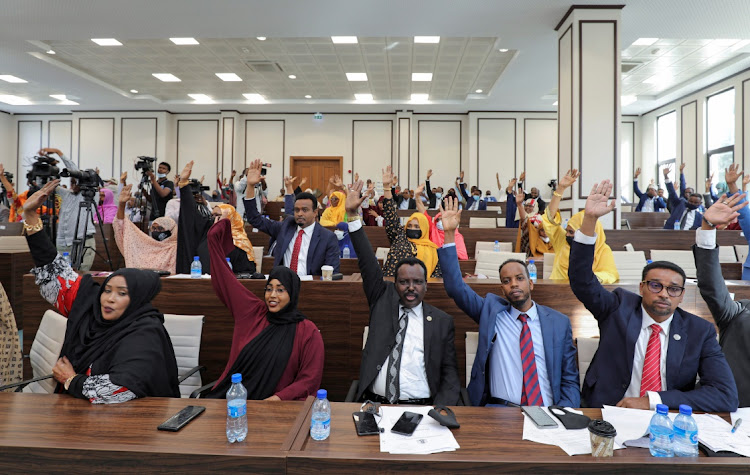 Mogadishu  —  Somalia's lower house of parliament voted on Monday to extend the president's term for another two years but the Senate rejected it, in a standoff analysts say is hampering the fight against Islamist insurgents.

But the opposition said the move was legally dubious and accused the legislators of political chicanery. The Senate rejected the move.

“The decision directly violated the rules of governance and the constitutional law of the country,” Senate speaker Abdi Hashi Abdullahi said in a statement.

The political crisis threatens to split the security services and deepens Somalia's divisions, distracting attention from the fight against the Islamist al Shabab insurgency, which has killed thousands of civilians in the region in the past 12 years.

Mohamed Abdullahi Mohamed, a former US public servant who had previously served as prime minister of Somalia, was selected by legislators in 2017. Residents celebrated his promises to crack down on corruption and ensure soldiers were paid.

Five years earlier, AU peacekeepers had clawed back control of the capital from the insurgency and international donors were keen to develop Somalia's fledgling institutions after more than two decades as a failed state.

But the AU, EU, UN and regional bloc the Intergovernmental Authority on Development said in a joint statement on Saturday that they would not support any extension of the president's term.

“This really is throwing down a gauntlet to the donors,” said Matt Bryden of the Nairobi-based Sahan think-tank. “We're going to see the breakdown of cohesion and chain of command and a likely return to clan militias.”

Many fighters in Somalia's armed forces come from clan militias, who have often battled each other for power and resources. Some commanders fear that if political divisions continue, some units or soldiers may stop taking commands from the federal government and turn against each other.

Lower House speaker Mohamed Mursal Sheikh said 149 legislators  voted for Monday's proposal, which stipulated that Somalia should hold its first one-person one-vote elections since civil war broke out in 1991. One rejected it and three abstained.

Senator Ayub Ismail Yusuf said the lower house had authority to decide on elections, but senator Ilyas Ali Hassan from the opposition disagreed.

Parliament was supposed to elect a new president on February 8, but the exercise was delayed. The opposition accuses the president of stuffing national and regional election boards with his allies, charges the government denies.

Compounding the chaos, Mogadishu's police chief earlier in the day tried to suspend the parliamentary session but he was then fired by the national police commissioner.