Talks focus on closer co-operation, trade and countering human trafficking across the Mediterranean 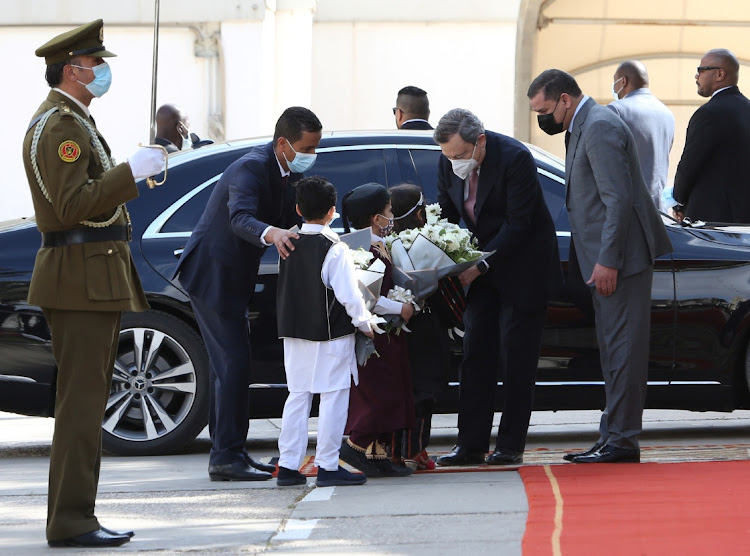 Tripoli — Italy’s Mario Draghi, choosing Libya for his first foreign trip as prime minister, pledged to intensify co-operation between the two nations in a range of sectors including infrastructure, energy and health.

The premier, who’s striving to rebuild influence in Italy’s former colony, told reporters after talks in Tripoli with counterpart Abdul Hamid Dbeibeh that his visit “itself demonstrates the importance of a historic link between the two countries”.

“This is a unique moment to rebuild an ancient friendship,” Draghi said, hailing Dbeibah’s unified government that’s supposed to rule until elections in December.

Oil-rich Libya has been in turmoil since a Nato-backed revolt ousted dictator Muammar Gaddafi in 2011, and it had been split between feuding eastern and western administrations until UN-backed efforts succeeded in pulling together a unified government earlier in 2021.

Italy and its EU partners have intensified visits to Tripoli in recent weeks as they try to recover lost ground after regional powers, along with Russia, used it as a stage to play out rivalries.

“The security of sites is undoubtedly an essential requisite for future co-operation,” Draghi cautioned, calling for a ceasefire agreed on last year to be respected. He said the two leaders spoke about joint projects including “civilian infrastructure, energy, health” and countering human trafficking across the Mediterranean.

Libya hopes to “build a strong relationship” that reflects its sovereignty and expects more co-operation with Italy in the energy and electricity sector, the Libyan premier said. He singled out Italian oil giant Eni, which he said was important for the economies of both countries.

Greek Prime Minister Kyriakos Mitsotakis also paid an official visit to Libya on Tuesday to reopen his country’s embassy in Tripoli and its consulate in Benghazi.

The move marks the relaunching of bilateral ties between the two countries and will contribute to co-operation that can proceed at a quick pace in areas such as energy, construction, maritime transport, health, tourism and education, the Greek premier said after meeting his Libyan counterpart. 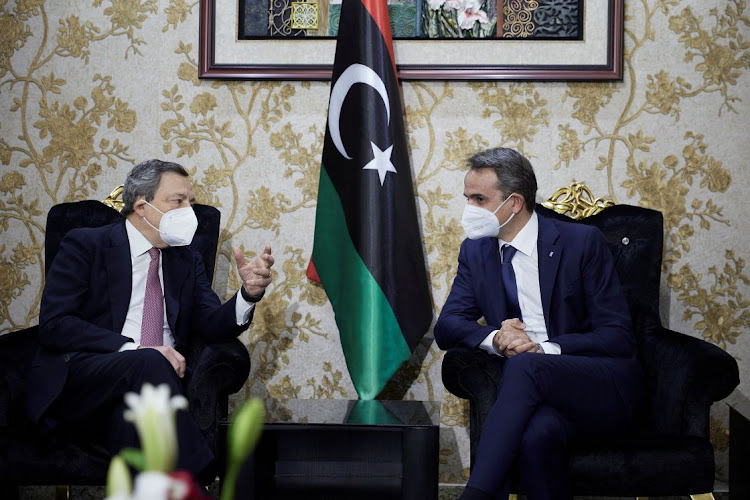 The Greek government is calling for the departure of all foreign forces and mercenaries from Libya, government spokesperson Aristotelia Peloni said Monday. She repeated Greece’s position that the new Libyan government should scrap a maritime boundary agreement with Turkey, which Athens says violates international law.

“​​​​​​I welcome your willingness to discuss directly and on a bilateral basis issues related to the delimitation of maritime zones as we are obliged to do as neighbouring countries and to continue a discussion that was interrupted in 2010, always with respect for international law,” Mitsotakis said.

Mafia gangs have seized opportunities during lockdowns to reach out to SMMEs desperate for liquidity in an economy that contracted 8.9% in 2020
World
1 month ago

Italy has been devastated by the pandemic, both in loss of life and economically and is in its worst recession since World War 2
World
1 month ago
Next Article