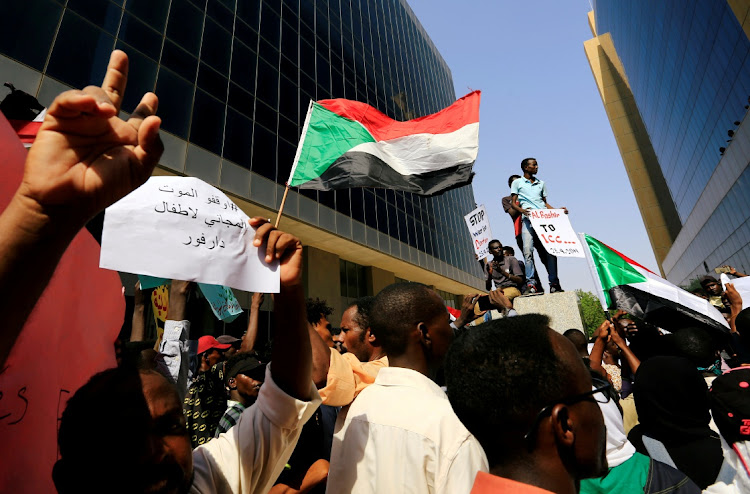 Protesters attend a rally calling for a stop to killing in Darfur, at the justice ministry in Khartoum, Sudan, September 23 2019. Picture: REUTERS/MOHAMED NURELDIN ABDALLAH

Khartoum — The death toll from days of clashes in Sudan's West Darfur has risen to 50, with 132 wounded, the West Darfur State Doctors' Committee said on Tuesday.

The government declared a state of emergency in the state on Monday after three days of clashes in El Geneina, the state capital. The UN said on Monday that at least 40 people had been killed and 58 injured.

The bloodshed is the latest in a resurgence of violence in the Darfur region since the signing of a peace agreement late in 2020 and the withdrawal of UN peacekeepers.

Residents and an internal UN security bulletin reported the use of heavy weaponry and rocket-propelled grenades, with pictures and videos from residents showing plumes of smoke rising from El Geneina neighbourhoods.

In January, at least 129 people were killed and 108,000 people remain displaced after similar clashes in El Geneina between members of the Masalit and Arab tribes.

Military reinforcements that had been brought into the city had since largely withdrawn, residents said.

There have been bouts of bloodshed in Darfur since conflict broke out in 2003 when the government of Omar al-Bashir armed militias to help repress a revolt.

Brokering lasting peace there and in other parts of Sudan has been one of the main challenges facing the authorities since the overthrow of Bashir in April 2019.

Among  new appointments in the cabinet overhaul is Mariam Sadiq al-Mahdi, a leader of the popular Umma Party, as foreign minister
World
2 months ago

Why reformist Sudan should not be on US terrorist list