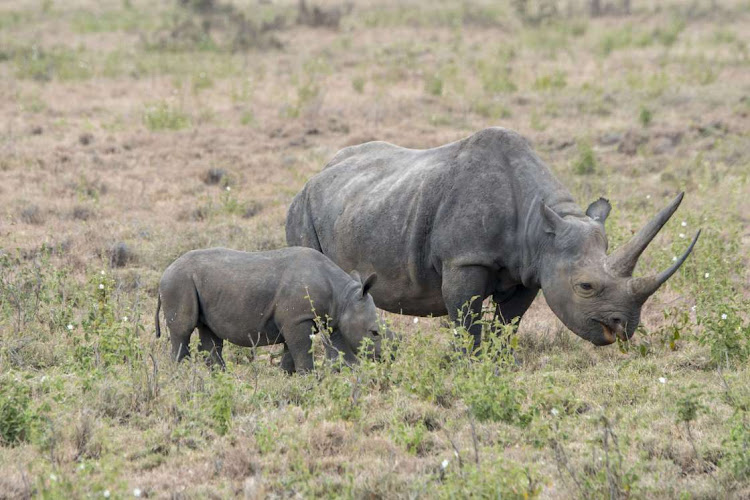 A bond designed to raise funds to grow the population of endangered black rhinoceros in SA will be sold by the World Bank this year.

The five-year, R670m security will be the world’s first wildlife conservation bond and the aim is to sell it in the middle of the year. Returns for investors will be determined by the rate of growth of the populations of the animals in two SA reserves, according to the Rhino Impact Investment Project, an initiative started by the Zoological Society of London.

If successful, the programme could be expanded to protect black rhino populations in Kenya as well as other wildlife species such as lions, tigers, gorillas and orang-utans, Rhino Impact said in a document detailing the proposal. It provides an opportunity for people interested in conservation to get a return on their support and possibly reinvest money in new projects rather than the more traditional route where projects are funded by philanthropists or governments.

“The innovative wildlife conservation bond financing mechanism plans to use a World Bank, International Bank for Reconstruction and Development IBRD AAA-rated bond,” it said. Credit Suisse Group is advising on the project.

The World Bank will also sell a $100m conservation bond at the same time, without specifying what it will be used for.

Under the terms of the rhino bond, investors will forgo an annual coupon and will instead receive their original capital and an additional payout depending on how much the rhino population has grown over five years. The principal of the bond and the possible payout at maturity will be paid by the Global Environment Facility, which has received donations from more than 40 countries and was formed before the Rio Earth Summit in 1992.

Of the 29,000 rhinos made up of five species globally, about 80% are in SA and almost all them are white rhino. Black rhino numbers have dropped to about 5,500 from 65,000 in 1970. The animals are found in four African countries, including SA, and can weigh as much as 1.4 tonnes — much smaller than the white rhino.

Rhinos are under threat from poaching, mostly because of demand in Vietnam and China for the powder from their horns that’s believed to cure cancer and improve virility.

“When working on innovative structures like this one, we start small and hope to learn from the first one and then get successfully larger in an ambition to ultimately scale what works,” Marisa Drew, chief sustainability officer at Credit Suisse, said.

The two sites selected in SA are the Addo Elephant National Park and the Great Fish River Nature Reserve. Addo is a 1,640km2 reserve in the Eastern Cape province while Great Fish is a 450km2 park in the same province. Both are state run.

“It couldn’t have come at a better time. We have to look after the rhino, its critically endangered,” Nick de Goede, park manager at Addo, said in an interview. “The whole idea is to look at the rhino as a pilot and then it can be rolled out for any species.”

The aim is increase the population by 4% per annum, he said, declining to say how many rhinos are in Addo because that information could be used by poachers.

While the rhino security is a first, so-called sustainable bonds have been used to finance a variety of outcomes from marine and fisheries projects in the Seychelles to girls’ education in rural India.