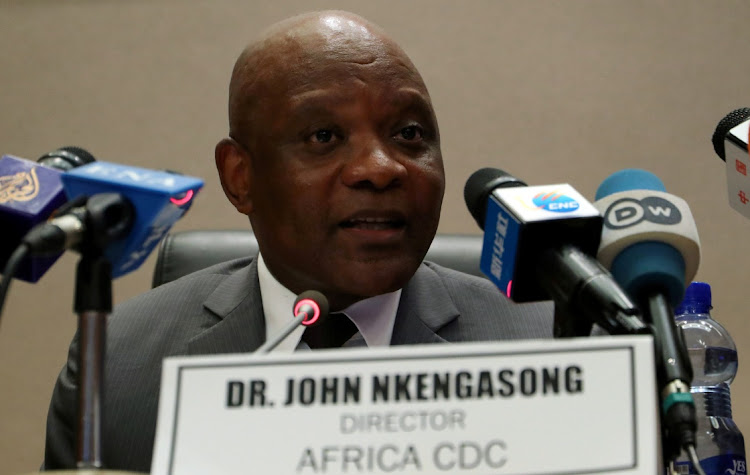 Nairobi  — Sixteen African countries have shown interest in securing Covid-19 vaccines under an AU initiative and the aim is to deliver allocations in the next three weeks, Africa health director John Nkengasong said on Thursday.

As many wealthier states push ahead with mass immunisation, Africa is seeking to inoculate 60% of its 1.3-billion people in the next three years. But only a handful of African nations have begun giving doses.

The AU initially secured 270-million doses from manufacturers for member states, and then said in late in January it would receive another 400-million doses of the AstraZeneca vaccine.

John Nkengasong, director of the Africa Centres for Disease Control and Prevention (CDC), said the 16 countries had asked for the vaccines under the bloc's African vaccine acquisition task team (Avatt), which began work in mid-January.

“With respect to Avatt, 16 countries have now expressed their interest for a total 114-million doses of vaccines,” Nkengasong told a virtual news conference. “Our hope is that in the next two to three weeks, they should be having their vaccines. But I cannot give you a specific date.”

Separately from the efforts of the 55-member AU, Africa is to receive about 600-million vaccine doses in 2021 via the Covax facility co-led by the World Health Organization (WHO).

Africa has reported 3.5-million infections and 88,000 deaths, according to a Reuters tally, fewer fatalities than the US, Brazil or India.

Nkengasong said there was variation between the prices that Avatt and Covax pay for doses and those paid by individual countries when they go directly to manufacturers because of the larger volumes ordered by the multilateral organisations.

“That gives us a strong bargaining power,” he said. “But if a country would go out ... and do it by themselves and say they just want 1-million doses of vaccine” then they would be charged “a little more”.

The SA 501Y.V2 coronavirus variant is estimated to be 50% more contagious than older lineages
National
7 months ago