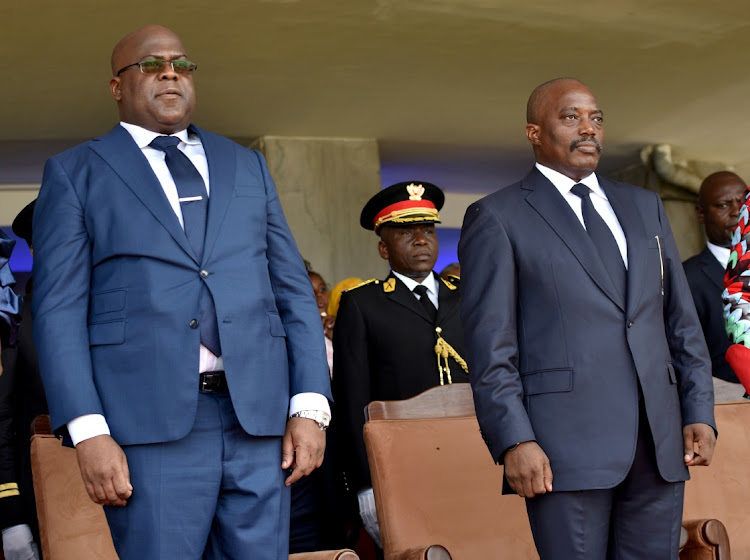 Goma — A majority of senators in the Democratic Republic of the Congo (DRC) filed a petition to oust the leader of the upper-house of parliament on Tuesday, the latest move by allies of President Félix Tshisekedi to weaken his predecessor’s lingering power.

In recent months, Tshisekedi has chipped away at the influence of former president Joseph Kabila, with whom he had an awkward political alliance after a disputed 2018 election.

A longtime opponent of Kabila, who governed from 2001 to 2019, Tshisekedi won office by beating Kabila’s chosen successor in a vote observers said another opposition candidate had won.

However, the new president was forced to bargain over policies with Kabila, who maintained extensive control across state institutions and security services.

More than 60 of the Senate’s 100 members demanded the resignation of Kabila ally and upper-house leader Alexis Thambwe Mwamba in a letter addressed to the office of the Senate and signed by senator Valentin Gerengo M’vene.

“If those who gave us the mandate decide to withdraw it, I will leave without any problem,” said Thambwe, a veteran politician who was most recently minister of justice.

His fall would be the latest setback for Kabila loyalists after the prime minister’s resignation in January and the removal of the lower house of parliament’s speaker in December 2020.

Tshisekedi, son of longtime opposition leader Étienne Tshisekedi, appears to have blindsided Kabila with his manoeuvring.

Kabila has remained characteristically quiet throughout, retreating to his farm in his political heartland in the southeast of the country in December to consult advisers.

“The former president is digesting the various political defeats recorded in recent months, taking time to measure the extent of the damage within his political platform, the Common Front for Congo, which is decaying,” said analyst Trésor Kibangula from the Congo Research Group at New York University. “A crisis cell has been set up for this reason.”

The Senate petitioners’ letter did not explain why they want to remove Thambwe. However, two senators, who asked not to be identified, said the move is linked to corruption allegations.

On Tuesday, the Senate’s office turned down a request by the public prosecutor to open an investigation into the withdrawal of three cheques worth more than $3m on behalf of the Senate from the Commercial Bank of the Congo on January 6, which were later handled by Thambwe.

“These funds went into the treasury. There was no misappropriation on my part,” Thambwe said.

Tshisekedi hopes his new coalition, known as the Sacred Union, will give him a more compliant cabinet and legislature that can help push through electoral changes, quell violence in the east and secure funds from the International Monetary Fund.

African leaders call for ceasefire in CAR as more than 200,000 flee conflict