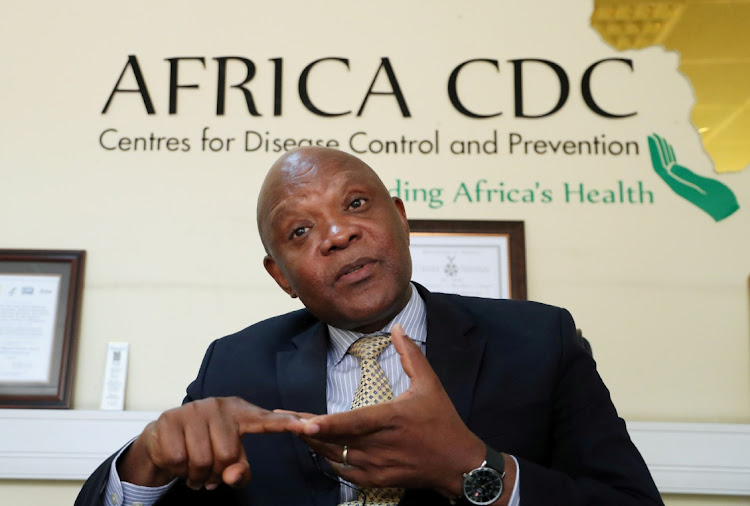 Nairobi — The AU has secured another 400-million doses of the AstraZeneca Covid-19 vaccine, health director John Nkengasong said on Thursday, in a push to immunise 60% of the continent's population over three years.

As other countries move ahead with mass immunisation campaigns, Africa is scrambling to obtain supplies for its 1.3-billion people. Only a handful of African nations have begun giving doses.

Nkengasong, director of the African Centres for Disease Control and Prevention, told an online briefing that in addition to 270-million doses previously secured, the bloc would get 400-million shots from the Serum Institute of India (SII) — all AstraZeneca/Oxford University shots.

Nkengasong said the Africa CDC was also exploring obtaining more vaccines from China, Russia and Cuba, and would work with any partner whose vaccine is safe and effective.

A spokesperson for the SII declined to say.

The AstraZeneca vaccine is the cheapest option and one of the best-suited to African health systems as it does not require storage at ultra-low temperatures such as the vaccine from Pfizer and German partner BioNTech.

Separately from the AU's efforts, Africa is to receive about 600-million vaccine doses in 2020 via the Covax facility co-led by the World Health Organization (WHO).

Health authorities hope to vaccinate about 30%-35% of Africans in 2021, rising to 60% within two to three years. Vaccines secured by the AU task team will be allocated according to population.

Africa has officially reported 3.5-million infections and 88,000 deaths, according to a Reuters tally. That is fewer fatalities than individual countries such as the US, Brazil, India, Mexico and Britain. However, there is concern over  low testing  rates and undetected Covid-19 deaths on the continent.

“Africa is at a crossroads and all Africans must double down on preventive measures,” she told an online news conference on Thursday, saying WHO officials were in touch with Tanzanian officials. “Science shows that vaccines work.”

Magufuli's government has published no coronavirus data since May 8, when the country had 509 cases and 21 deaths.

On Wednesday, he said, without evidence, that vaccines were a foreign plot to spread illness and steal Africa's wealth. He urged Tanzanians instead to trust God and use alternative remedies such as steam inhalation.

“We in Tanzania managed to stay for a year without corona. Even here, no-one has put on a mask. Our God is beyond Satan and Satan will always fail using different diseases,” he said in a speech.

Johnson & Johnson is expected to release its vaccine trial data later this week. If successful, it could be a promising development for SA
Features
7 months ago

While a poll found eagerness to get the vaccine is rising across racial groups, white adults are still the most likely to get a shot
World
7 months ago
Next Article