The two countries expanded output just as Covid-19 locked down cities, and growers now cannot sell their crop and do not have a way to store it 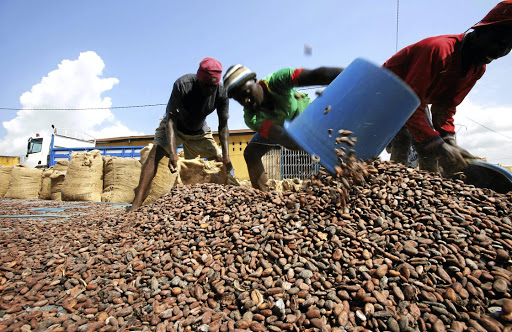 Nobody is suffering more from a global chocolate standoff than the Ivory Coast cocoa farmer.

Less than two years after the top cocoa producer teamed up with neighbouring Ghana to force companies from Hershey to Nestle to pay more for their beans, the attempt to exert control over prices is backfiring. Buyers are refusing to pay up, beans are piling in warehouses upcountry and farmers are so desperate that some even slept outside the offices of Ivory Coast’s cocoa regulator demanding action.

“We have suffered with our cocoa piling up,” said Baba Kampe, a farmer with eight hectares in Daloa who was among those sleeping outside the regulator’s offices on Monday. “It has been difficult to feed our children.”

The co-operation to charge the $100bn chocolate industry a premium of $400 per tonne was intended to boost income for some of the world’s poorest growers, the West African nations said. But for many cocoa traders, processors and chocolate makers, it was an Opec-style attempt to boost prices that lacked the supply-and-demand economics key to that cartel’s success.

Farmers now are paying the price. Ivory Coast and Ghana, which account for almost 70% of world supplies, expanded output just as the pandemic locked down cities from Paris to Los Angeles, hurting demand. Growers can’t sell their crop and don’t have a way to store it. Middlemen are paying less than the government’s minimum price, and Ivory Coast had to offer deep discounts to offload this season’s crop.

“The farmers are very fed up with the whole thing because they were promised this Utopian existence that wasn’t based on sound economics,” said Jonathan Parkman, deputy head of agriculture at Marex Spectron, who has followed cocoa for 30 years. “That doesn’t help farmers, it hinders them.”

The average West African grower farms no more than 3.5ha and supports six to eight family members, according to the World Cocoa Foundation industry group. More than half of Ivory Coast’s growers live below the poverty line. With no access to irrigation or modern farming techniques, they rely on the weather. But not even that matters anymore.

“What good is it to follow the weather closely and have a good harvest when there are no buyers,” said Kouadio Moussa, a farmer of 3.5ha in Anoumaba.

Chocolate is a luxury product that benefits from gifting and impulse buying. With many shopping online during the pandemic, consumers aren’t picking up that last-minute bar before reaching the cashier. Nor are they buying the assorted boxes typically given at Christmas and Valentine’s Day.

That created a global surplus and left Ivory Coast struggling to sell what’s now the world’s most expensive cocoa. Ghana is in a better position since many European chocolatiers need its high-quality beans for their premium bars. Still, European processing dropped to a four-year low in the fourth quarter.

Cocoa is the third-highest export earner for Ghana and accounts for 8% of Ivory Coast’s economy. The situation is so dire that Ivorian regulator Le Conseil du Cafe Cacao, or CCC, is mulling such drastic steps as purchasing 50,000 tonnes and delaying the commercialisation of two-thirds of the unsold beans — or about 200,000 tonnes — to the smaller of two annual harvests that starts in April.

That’s bringing back memories of 1987, when Ivorian President Felix Houphouet-Boigny, faced with a bumper crop, imposed a sales embargo and struck deals with traders to store at least a quarter of the country’s output with the sole objective of pushing up prices. The strategy, recounted in the book “La Guerre du Cacao,” or “The Cocoa War,” backfired, and prices more than halved during the 18-month ban.

“Nobody in this world can guarantee a higher price for more cocoa, especially when demand is falling,” said Derek Chambers, a retired cocoa trader and a protagonist in those events. “There is brave talk of putting cocoa in store, which history tells us is a destruction of value.”

Farmers protested Monday outside CCC offices in the towns of Soubre, Daloa and Yamoussoukro. Growers are stuck with 200,000 tonnes of beans, and middlemen are offering to buy cocoa at 800-850 CFA francs ($1.48-$1.57) a kilogram, lower than the 1,000 CFA francs the government promised.

The chocolate industry has been under pressure for its failure to fight child labour and its role in perpetuating poverty in West Africa. Growers need to receive about $3,100 a tonne, compared with $1,800 now, said Antonie Fountain, MD at the Voice Network.

“We need regulation,” he said. “For the last two decades, we’ve been focusing on getting farmers to solve the problems that they are faced with, but the fact is that the farmer isn’t the problem, the system is the problem.”

Yves Kone, the CCC’s MD, took to national TV last week to warn against “unscrupulous buyers” taking advantage of the situation to pay farmers less. He blamed the pandemic and difficulties in securing shipping containers for the industry woes.

“The pandemic is hitting the economy as a whole,” Kone said. “Cocoa is no exception.”

Chocolate makers and cocoa processors have been trying to cut costs. In 2020, Hershey sourced a large number of beans through the New York futures market, where beans were cheaper than in the physical market. The company denied it was skirting the West African premium, called the Living Income Differential.

Ivory Coast has recently sold cocoa at deep discounts, according to traders with direct knowledge of the matter. While the LID remained in place, a premium paid for the quality was replaced with a discount of as much as $205 a tonne — a figure Kone denies.

“You could almost argue the LID is already dead,” Marex’s Parkman said.

Even before the coronavirus upended global markets, industry experts warned that Ivory Coast and Ghana’s approaches were doomed because higher prices were going to result in overproduction.

“The way this will end? Ivory Coast will realise they can’t sell all the cocoa they produce at a premium of $400 a tonne,” said Chambers, who spent 50 years trading before retiring from Paris-based Sucres et Denrees SA in 2018. “It’s unfortunate that they tried to do this at this point, but it was always going to fail.”

The region received 50.5mm of rainfall last week, 47.2mm above the average
World
1 year ago

In a letter to Hershey, Ivorian and Ghanian cocoa regulators accuse it of using the ICE exchange to source unusually large volumes of physical cocoa ...
World
1 year ago
Next Article