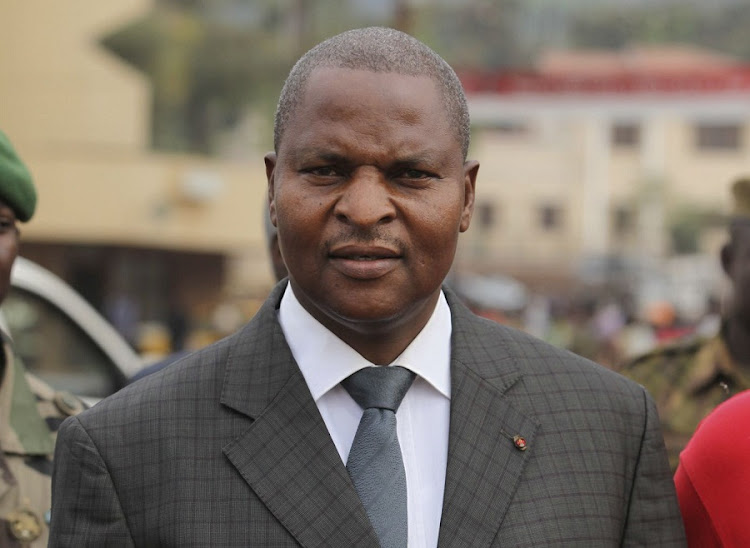 The weeks before and after the December 27 election have been marred by a rebel assault on major cities. The rebels attacked the capital Bangui last week before being repelled by the army and UN peacekeepers.

Two peacekeepers — one from Gabon and one from Morocco — were killed on Monday in a rebel ambush outside the southern city of Bangassou, which militia fighters had partially occupied until being forced out last Friday, the UN mission said.

Seven peacekeepers have been killed since the rebels launched their offensive in December.

The fighting has forced nearly 60,000 people to flee the country, compounding an already dire refugee crisis.

Ten of Touadéra’s challengers said the election should be re-run, citing low turnout due to the violence, as well as alleged voting irregularities.

The constitutional court rejected those arguments on Monday, declaring Touadéra the winner with 53.16% of the vote. It did, however, reject ballots from two towns because of irregularities, reducing Touadéra’s percentage from the 53.9% declared by the electoral commission earlier in January.

“I am very happy and I thank the Central African people who renewed their confidence in me,” Touadéra told supporters afterwards. He said he was open to dialogue with his rivals but also promised to be firm with the authors of “blind violence”.

“The justice system will take care of them,” he said.

The government and UN say former president François Bozizé, who was forced out in a 2013 rebellion, is backing the rebels. He has not directly responded to that accusation.

More than 1-million of the 4.7-million people in the gold- and diamond-rich nation have fled their homes since Bozizé’s overthrow, and parts of territory remain beyond the central government’s control.

Sudan’s foreign ministry warned that any further violation of its airspace could have ‘dangerous repercussions’, including on ‘security and stability ...
World
5 months ago
Next Article