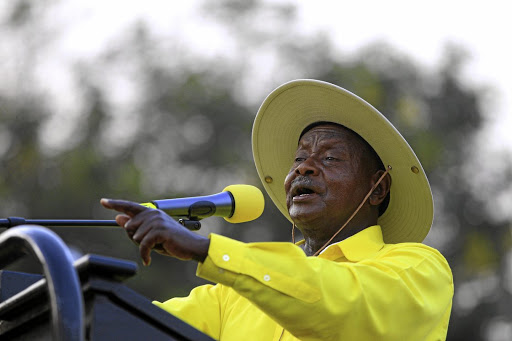 Earlier, Wine accused Museveni of fabricating the results and called the poll “the most fraudulent election in the history of Uganda”. In a phone interview before the final results were announced, he urged citizens to reject the results.

Wine, a singer-turned-lawmaker, also said his home in the capital, Kampala, was surrounded by hundreds of soldiers and that the military was not allowing him to leave.

The army's deputy spokesperson, Deo Akiiki, told Reuters that security officers at Wine's house were assessing threats he could face by going out: “So they might be preventing him in the interest of his own safety.”

Soldiers and police were out in force patrolling Kampala on Saturday.

Museveni (76) has been in power for 35-years, he campaigned for another term arguing his long experience in office makes him a good leader and promising to keep delivering stability and progress.

Wine, 38, galvanised young Ugandans with his calls for political change and pledged to end what he calls dictatorship and widespread corruption. 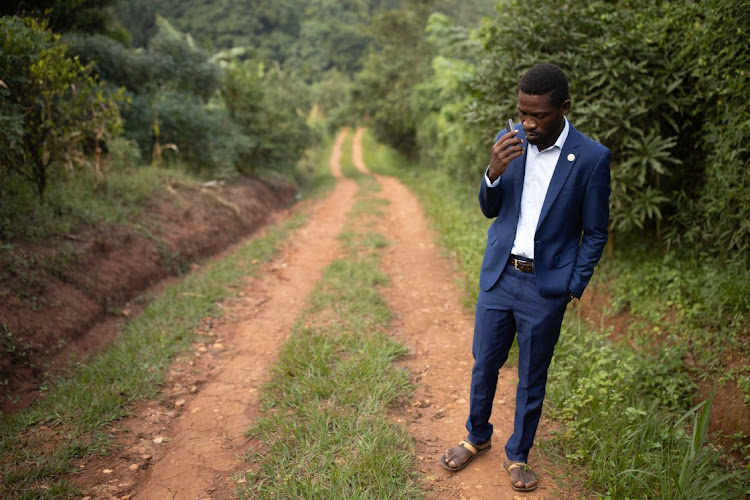 Wine, whose real name is Robert Kyagulanyi, said on Friday he had video proof of voting fraud, and would share the videos as soon as internet connections were restored. The government ordered the internet shut down the day before the election, and the blackout was still in place.

Electoral Commission Chairman Simon Byabakama said on Friday that under Ugandan law, the burden of proof rested with Wine.

The US and the European Union did not deploy observer teams, but the US State Department’s top diplomat for Africa, Tibor Nagy, said in a tweet early on Saturday that the “electoral process has been fundamentally flawed”.

He cited fraud reports, denial of accreditation to observers, violence and harassment of opposition members, and the arrest of civil society activists.

The AU and east African Community sent observer teams to the election, but neither group of officials responded to requests for say about possible irregularities.

The run-up to Thursday's election was more violent than in previous polls. Security forces cracked down on opposition candidates and their supporters during the campaign, and more than 50 people died in protests in November on one of the multiple occasions when Wine was arrested.

In addition to the internet blackout, the government on Tuesday banned all social media and messaging apps. Wine and his supporters often used Facebook to relay live coverage of his campaign.

In the parliamentary election, where candidates were vying for 529 seats, results were still coming in but Ugandan media reported that 56 candidates from Wine's National Unity Platform (NUP) had won their races, while the Forum for Democratic Change (FDC), previously the largest opposition party, has so far won 34 seats.

The country's vice-president, Edward Ssekandi, was one of a number of senior ruling party MPs who lost their seats, according to broadcaster NTV Uganda.

The FDC won 35 seats in the 2016 election, but the NUP had no seats in the previous parliament — Wine was elected as an independent and joined the party last year.