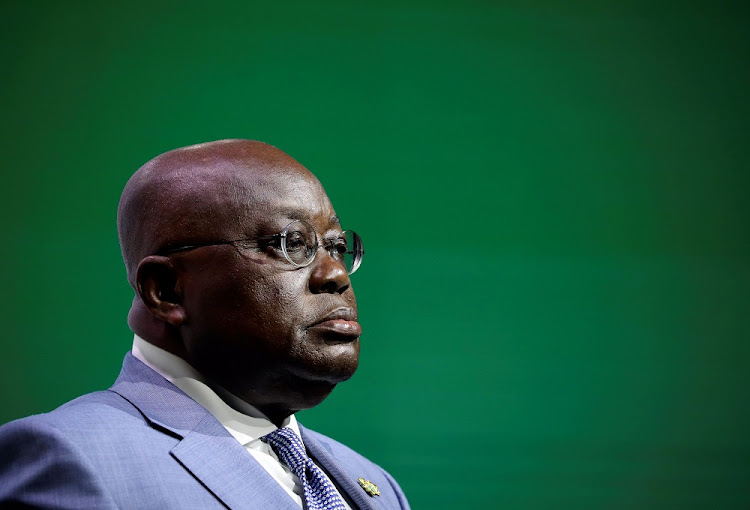 Accra — Ghana President Nana Akufo-Addo faces a hung parliament after the opposition clinched the last undeclared seat on Friday, potentially complicating his ability to implement economic measures to respond to the coronavirus pandemic.

Akufo-Addo's New Patriotic Party (NPP) and the opposition National Democratic Congress (NDC) each won 137 seats, which represents a loss of dozens of NPP seats. One constituency was won by an independent candidate.

Akufo-Addo won a second four-year term in the December 7 vote, narrowly defeating the NDC's presidential candidate, former president John Mahama. Mahama has said he will contest the results, which he called “fraudulent”.

Akufo-Addo has promised to implement a $17bn programme to boost growth in West Africa's second-largest economy. The pandemic has hit the price of oil and cocoa exports, resulting in the first quarterly contractions in nearly 40 years.

Kwesi Jonah, a research fellow at the Institute for Democratic Governance, said he expected bipartisan co-operation on most of the president's agenda but that the hung parliament could slow down some controversial items, including oil revenue management and a new gold-royalty fund that Mahama had vowed to reverse.

“Parliament tries to build consensus on about 90% of issues. The remaining 10% is what is going to be difficult,” he said.

The NDC still hopes it can eke out a majority. Elvis Afriyie Ankrah, its director of elections, said its own tallies showed it with at least 139 seats and that it was contesting several results.

The election was tainted by violence that killed at least five people, a rarity in a country that has a reputation as one of West Africa's most stable democracies.

Ghana votes as presidential rivals face off for a third time

DUMA GQUBULE: Countries miss out when they try to budget like households

Why Africa needs a Southeast Asia-type of renewal

Sustained enrichment of this region will transform the world, and carries lessons for struggling countries
Opinion
10 months ago
Next Article