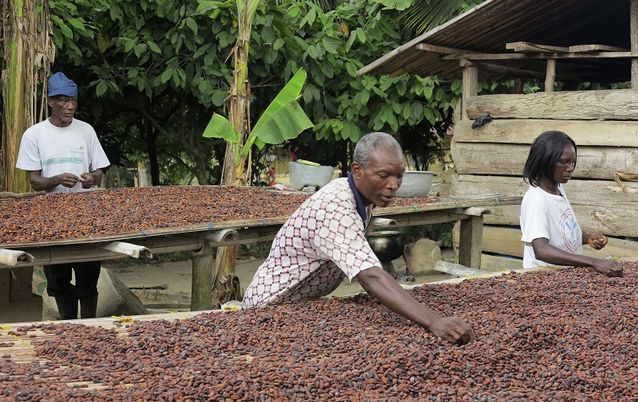 Ghana has criticised cocoa sustainability programmes and companies that it said are backtracking on a pledge to pay more for beans in the world’s second-biggest producer.

The programmes, which allow traders to certify that the chocolate ingredient had not been grown in protected forests or using child labour, benefit less than 10% of the farming population, Ghana Cocoa Board CEO Joseph Boahen Aidoo said at a virtual World Cocoa Foundation meeting on Thursday.

A $400-a-tonne premium on cocoa beans introduced by the government to help support West African farmers is needed to compliment the social programmes, he said.

The comments represent the latest escalation in a dispute between the largest cocoa-producing nations and some exporters, who have resisted paying a separate premium due to slowing demand, according to people familiar with the matter. Bloomberg reported earlier this week that Ghana and Ivory Coast plan to suspend sustainability programmes, which would make it more difficult for traders to access markets that require guarantees that the cocoa has been grown sustainably.

Aidoo did not call for the programmes to be suspended on Thursday.

While companies backed paying the so-called Living-Income Differential (LID) premium to support farmers in 2019, not all of them are following through on that promise, according to Aidoo. He did not mention any companies, but said he was prepared to “name and shame” them.

“Our intelligence indicates that there is even a deliberate ploy and strategy by some brands to derail and collapse” the LID, Aidoo said.

Ivory Coast and Ghana have used these programmes before to put pressure on companies. They planned to suspend them last year as leverage to get more firms to pay the LID price, before backing off after more buyers committed to paying the premium.

He also rejected the findings of studies funded by the US that have shown child labour is on the rise in the cocoa sector. “Any study (that) declares child labour in cocoa is in the ascendancy in Ghana, we cannot help but take it with a pinch of salt.”

Aidoo’s speech comes as concerns about demand and expectations that big West African crops will fuel a global surplus have put pressure on prices, curbing profits for processors and chocolate makers.

Data this week showed cocoa processing in Europe fell 4.7% in the third quarter, to the lowest for that period in four years
Business
9 months ago

The fashion and food worlds, particularly, have initiatives that limit their harm on forests, water, soil, plants, animals, birds — and people
World
11 months ago

Chocolate-makers predicts a cocoa surplus as Covid-19 hits demand, with Ivory Coast and Ghana farmers saying governments must step in
World
1 year ago
Next Article