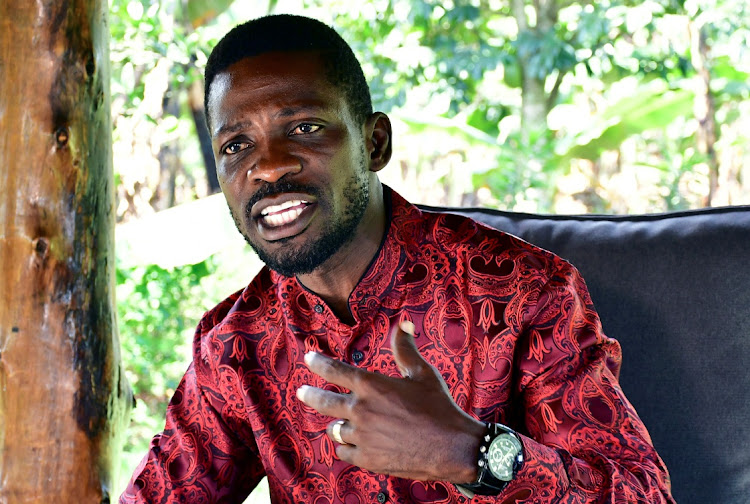 Kampala — Sixteen people have been killed in Uganda in army and police operations to quell protests that broke out over the arrest of presidential candidate and pop star Bobi Wine, authorities said on Thursday.

Youths have been burning tyres and blockading streets in the capital Kampala and other towns since Wednesday to demand Wine's release.

On Thursday soldiers fanned out across the city, some in armoured vehicles. Troops and police fired teargas, live bullets and water cannon to disperse and detain protesters.

A total of 16 people had been killed and 65 wounded, police said, without specifying details. A further 350 were arrested in the clashes.

Police said those arrested would be charged with participating in unlawful demonstrations, inciting violence, damage to properties, looting and other offences.

Wine, whose real name is Robert Kyagulanyi, was detained on Wednesday after authorities accused him of violating anti-coronavirus measures by holding mass rallies.

He has emerged as the strongest challenger to veteran leader Yoweri Museveni who has ruled the East African country of 42-million since 1986.

Museveni said in a statement Uganda was losing people to coronavirus and warned he would not tolerate any violations of anti-coronavirus measures during campaigns.

“It is criminal for anybody to ignore this. Everybody must respect the rules of the ministry of health,” he said.

“Those who have been attacking people in Kampala will soon lose appetite for violence ... whoever did that will regret [it]," Museveni added, referring to protesters who allegedly attacked supporters of the ruling party during the unrest.

Authorities have been rattled by Wine's surging support, especially among the youth, ahead of the January 14 presidential election. Museveni has been in power since 1986 and is seeking a sixth term.

Moments after Wine was detained while campaigning in eastern Uganda, spontaneous protests erupted in Kampala and several towns. He has amassed a large following among Uganda's youth, attracted by his bold criticism of the government, often in his song lyrics.

“This is a war-like situation, so the army has to deploy,” army spokesperson Brig Flavia Byekwaso said earlier on Thursday, justifying the heavy deployment of the military

Africa has upped its game in response to changing market conditions