Police officers have been accused of targeting ethnic Tigrayans, including journalists 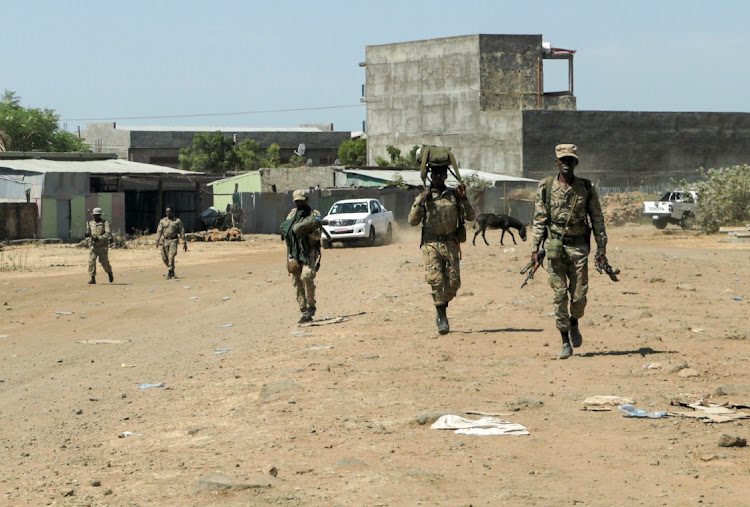 Members of the Amhara Special Force return to their base after fighting against the Tigray People's Liberation Front, in Danasha, Ethiopia, November 9 2020. Picture: REUTERS/TIKSA NEGERI

Two residents and a municipal official, who spoke on condition of anonymity because they fear repercussions, said they had direct knowledge of Tigrayans being rounded up and detained. There were similar reports on social media. The development has coincided with seven days of fighting between government troops and forces loyal to the Tigrayan People’s Liberation Front (TPLF), which rules the northern Tigray region.

A Tigrayan reporter who covers the region for the Addis Standard, an independent, Addis Ababa-based newspaper, was among those apprehended on November 7, according to its editor Tsedale Lemma. He was taken to court and accused of “attempts to dismantle the constitution through violence,” while armed security guards came to the newspaper’s office, she said. The reporter was released on Tuesday.

“They knew our reporter is an ethnic Tigrayan,” Tsedale said. “I cannot separate his work from his identity.”

Jeylan Abdi, the federal police spokesperson, didn’t respond to questions about the spate of detentions. On November 7, Addis Ababa mayor Adanech Abebe confirmed the arrests of 10 unidentified city officials in the capital, accusing them of “terrorist activities”. He has subsequently requested members of the public to identify people they suspect of being TPLF members or supporters.

Relations between Tigray and the federal government have been strained since Prime Minister Abiy Ahmed took office in 2018 and sidelined the TPLF, once the pre-eminent power broker in Ethiopia. Last month, the federal parliament ordered the treasury to halt direct budgetary support to the Tigrayan administration for defying an order to postpone regional elections.

Clashes ensued after Abiy ordered the army to respond to an alleged attack on a federal military camp in Tigray. The violence has stoked concerns about a broader war at a time when the government is struggling to end ethnic violence shaking Africa’s second-most populous country. The fears were borne out on Tuesday by state media reports that special forces had carried out operations against the Oromo Liberation Army, an anti-government group that broke away from the Oromo Liberation Front last year and is conducting a violent campaign in the Oromia region.

With most telecoms to the Tigray region cut off, an accurate picture of the number of casualties and the damage caused by the fighting there has been hard to come by.

“Our law enforcement operations in Tigray are proceeding as planned,” Abiy said on Twitter on Tuesday. “Operations will cease as soon as the criminal junta is disarmed, legitimate administration in the region restored, and fugitives apprehended and brought to justice — all of them rapidly coming within reach.”

On November 8, Debretsion Gebremichael, Tigray’s regional president, wrote to President Cyril Ramaphosa, who holds the rotating chair of the AU, requesting the continental body to engage all sides in the conflict to “avert an all-out civil war”.

Ramaphosa has spoken to Abiy and is trying to ease the situation, Smail Chergui, the AU’s commissioner for peace and security, said.

Sudanese minister of defence Yassin Ibrahim, issued a statement on Tuesday expressing concern about the conflict and calling for it to be resolved peacefully. His comments came a day after Sudan’s state broadcaster Sudan News Agency reported that 30 Ethiopian army soldiers crossed the border into Sudan’s Al-Luqdi area in the eastern Al-Qadarif state.

The raid follows a spate of deadly attacks with the assailants targeting Amharas, the country’s second-largest ethnic group
World
8 months ago
Next Article