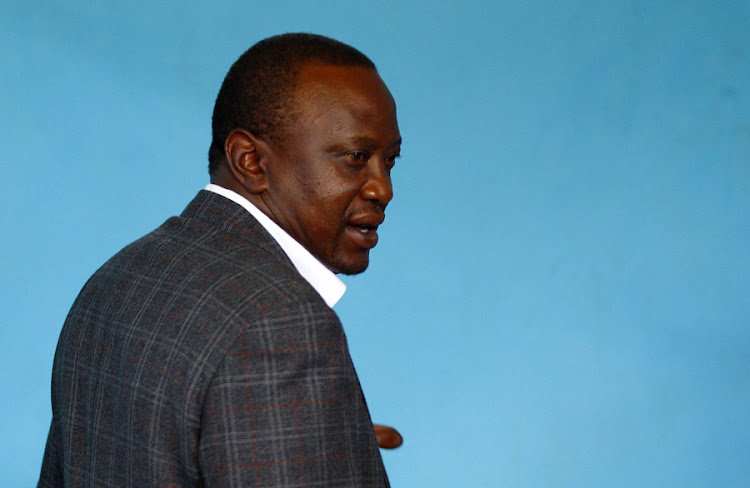 Sweeping changes to the structure of the government were outlined in the Building Bridges Initiative, which was agreed between Kenyatta and opposition leader Raila Odinga and aimed at preventing a repeat of hostilities that ensued after a disputed presidential election in 2017. That vote was nullified by the supreme court and saw Odinga boycott the rerun.

The panel that drew up the initiative proposed reintroducing the posts of prime minister and two deputies to make the government more inclusive and replace a winner-take-all electoral system. Elections in Kenya have been marred by ethnic violence since the return of multiparty rule in 1992, derailing the economy in the process.

“Ethnicity has been the basis of Kenyan politics and the reforms are part of a strategy to end this,” Kenyatta said at a meeting on Monday that was held to elaborate on the proposals. Efforts to develop the economy and create jobs have been undermined by a five-year voting cycle that sees leaders spending most of their tenure campaigning for office or dealing with the aftermath of elections, he said.

The plan has fractured the ruling Jubilee party, with Ruto’s supporters claiming that it is aimed at derailing his ambitions to replace Kenyatta as president in 2022 and positioning Odinga as a potential successor. Kenyatta and Odinga said they have not discussed presidential succession.

The proposal that the president appoint a prime minister and deputies may not necessarily result in a more inclusive government, while a suggestion that the executive appoint a judicial ombudsman could undermine its independence, Ruto told the meeting.

Fears are now rising in Kenya that campaigning around a new constitution incorporating the panel’s proposals and a referendum to approve it — which could possibly be held next year — will reignite hostilities and draw attention away from other priorities. The government is pushing to implement Kenyatta’s plan to boost manufacturing, farming, health care and housing amid mounting debt.

“It is now clear that for the next two years, Kenyan politics will be consumed with the debating the merits of the Building Bridges Initiative and whether it can be implemented, rather than any of the pressing economic and developmental challenges facing the country,” said Nic Cheeseman, a professor of democracy at the University of Birmingham. “I think this is clearly about elite politics and trying to build an unbeatable coalition for 2022.”

The candidate who wins the support of three of the five biggest ethnic groups — Kenyatta’s Kikuyu, Ruto’s Kalenjin, Odinga’s Luo, the Luhya and the Kamba — is almost guaranteed to win Kenya’s presidency.

Kenya’s tribal clashes hit a crescendo in 2008 when more than 1,300 people died. Kenyatta and Ruto were indicted by the International Criminal Court for their alleged roles in the bloodshed. The cases were eventually dropped for lack of evidence.

If Ruto opposes the proposed changes, it would “exacerbate existing divisions and would increase the tension between his Kalenjin supporters and Kenyatta’s Kikuyu community in parts of the Rift Valley”, a flashpoint for previous violence, Cheeseman said.

As Kenya pushes the reopening of its schools to 2021, thousands of private schools are at risk of shutting their doors permanently
Features
11 months ago

With investigations ongoing in several countries, the extent of the plunder could amount to hundreds of millions of dollars
World
1 year ago
Next Article

Kenyan finance minister Henry Rotich to be charged for corruption

Kenyan finance minister Henry Rotich to be charged for corruption