The appointments, including several military officials to top posts, follow a coup in August that deposed President Ibrahim Boubacar Keita 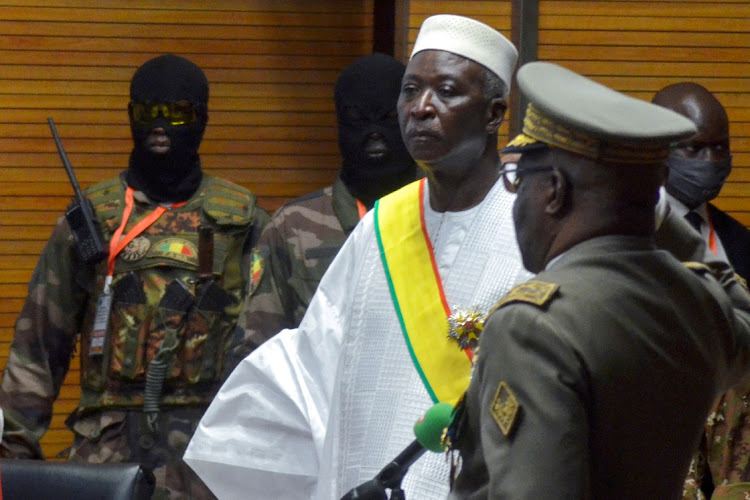 Bamako — Mali announced details of its new transitional government on Monday, with some of the top posts going to military officials after a coup on August 18 that deposed President Ibrahim Boubacar Keita.

The ministries of defence, territorial administration, security and national reconciliation will be headed by military personnel, as Mali begins an 18-month transition back to civilian rule, the presidency said in an announcement read out on state television on Monday. Civilians will hold 21 other posts.

It is not rare for military personnel to hold government posts in Mali, and they did so also under Keita, but the issue has become more sensitive since the coup, when West Africa’s regional bloc pushed for a purely civilian leadership in Bamako.

The appointments follow the announcement in September of Bah Ndaw, a retired colonel,  as interim president and Col Assimi Goita, who led the coup, as vice-president. Veteran diplomat Moctar Ouane has been named interim prime minister.

Malian officials hope that the resumption of a functioning government will persuade Mali's neighbours to lift sanctions imposed since the coup that have crippled the agricultural, landlocked economy, which relies heavily on imports.

It is not yet clear if the regional bloc Ecowas will decide to lift the sanctions.

As well as fearing that the coup could undermine their own power, presidents in the wider Sahel region are concerned that prolonged uncertainty could jeopardise a joint campaign against Islamist militants centred in northern and central Mali.

A previous coup in Mali in 2012 helped hasten the fall of the country's desert north to Al-Qaeda-linked militants. A French intervention the after year drove them back, but jihadist attacks have risen again in recent years and spilt over into neighbouring Niger and Burkina Faso.

At the weekend,  Mali said it would release scores of suspected Islamist insurgents in a prisoner exchange for opposition leader Soumaila Cisse and French aid worker Sophie Petronin, two security sources and a diplomatic source said on Monday.

Other reports said up to 180 suspected jihadists were being released.

Cisse, a popular politician who served as finance minister from 1993 to 2000, was kidnapped by gunmen while campaigning in the northern region of Timbuktu in March, while Petronin, who ran a charity for malnourished and orphaned children, was abducted near the northern city of Gao in late 2016.

Multiple planeloads of prisoners had been flown to the town of Tessalit in northeast Mali, one regional and one Mali-based source said on condition of anonymity.

Across the continent, democracies are in need of help — including from investors — to stave off abuses of power
Opinion
10 months ago