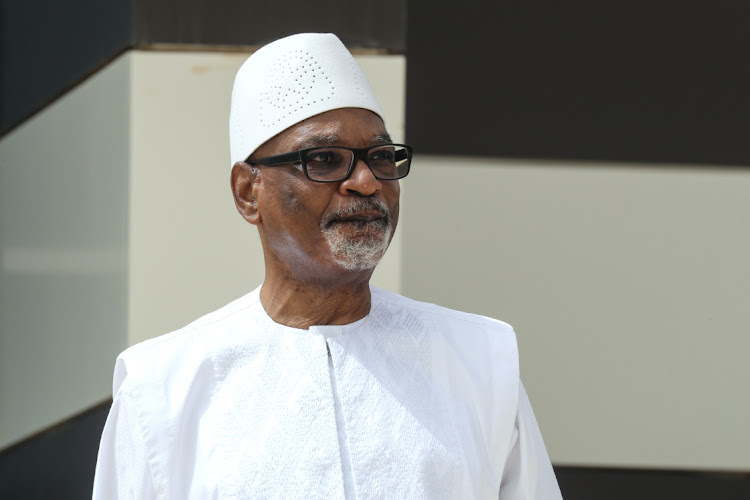 Bamako — Coup leaders in Mali have released ousted president Ibrahim Boubacar Keita and he has returned home, nine days after he was detained, his representative said on Thursday.

A group of military officers has controlled Mali since August 18, when they detained Keita at gunpoint and forced him to resign in a takeover foreign powers fear could further destabilise the West African nation and undermine a fight against Islamist militants in the wider Sahel region.

Keita's release is one of the demands of West Africa's regional bloc, which sent a delegation to Mali's capital Bamako at the weekend to discuss a timeline for transition to civilian rule with the coup's leaders.

On Thursday morning, Keita was freed from where he was being held outside the city, a spokesperson for the junta, Djibrilla Maiga, said.

The president's former chief of staff, Mahamadou Camara, confirmed Keita had returned to his residence in Bamako's Sebenikoro district.

“He has gone home. I do not know if he will travel,” Camara told Reuters, when asked if the leader planned to leave the country.

The UN peacekeeping force in Mali said its head had visited Keita at his home on Thursday.

The junta leaders say they mutinied because the country was sinking into chaos and insecurity which they blamed largely on the government. They have promised to oversee a move to elections within a “reasonable” time.

Four Malian solders were killed and 12 wounded on Thursday in the violence-plagued central region of Mopti, after militants ambushed a military anti-poaching patrol, the army said.

Reinforcements have been sent to the area of the attack near the town of Konna, the army said in a statement.

The junta, which calls itself the National Committee for the Salvation of the People (CNSP), has told the delegation of West African mediators they want to stay in power for a three years, while the regional bloc is seeking a transitional government of no more than one year, Nigeria said on Wednesday.

The 15-nation Economic Community of West African States (Ecowas) has taken a hard line on the coup, shutting borders and halting financial flows.

The sanctions are already disrupting economic transactions between landlocked Mali and its neighbours, a group of international non-governmental organisations said on Thursday, calling on Ecowas to guarantee humanitarian aid flows not be affected.

Mali has struggled to regain stability since a Tuareg uprising in 2012 was hijacked by Islamist militants. Since 2018, the country has seen a sharp increase in violence and insecurity that has driven more than half a million people from their homes.

Regional bloc Ecowas is taking a hard line to send a warning to the citizens of their own countries, says diplomat
World
11 months ago

Junta members met government ministry officials late on Wednesday to map out a return to stability, a day after detaining President Ibrahim Boubacar ...
World
11 months ago
Next Article