The international Green Climate Fund has approved a $26.6m grant to scale up climate-resilient agriculture in Zimbabwe 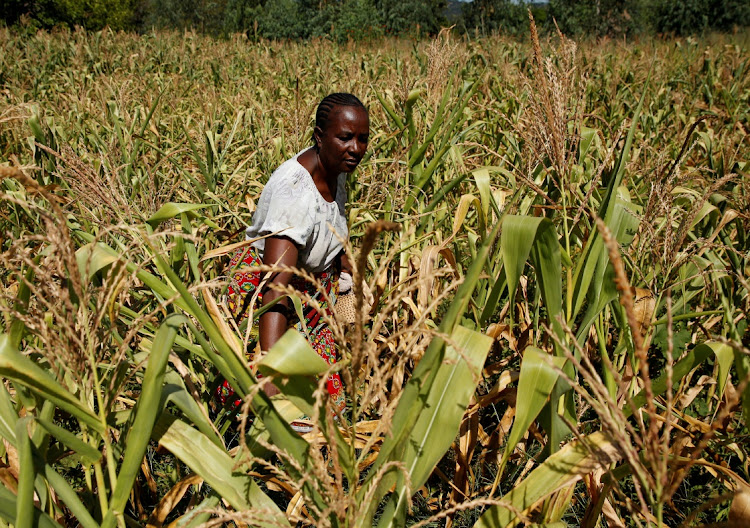 Bulawayo — After long-running drought slashed their harvests, small-scale farmers in Lupane, western Zimbabwe, decided to switch away from irrigating their fields by flooding them, which wastes huge amounts of water.

They tested out more precise drip-irrigation that saves water by delivering it to plants efficiently, while monitoring soil moisture and temperature with pressure sensors.

Those practices have enabled farmers in the Tshongokwe irrigation scheme in Matabeleland North to grow vegetables and adapt to more challenging climate conditions.

“We started growing cabbages at a larger scale last May,” said Soneni Dube, chair of the scheme’s committee. “We had lost hope in farming as drought had dried our main source of water, which is Tshongokwe Dam.”

With support from local groups and international agencies, including the UN Development Programme (UNDP), yields on the scheme’s 24ha have improved and most of its 63 member farmers have seen their incomes rise, Dube said.

“We produced meaningful profits from the 2ha of irrigated cabbage,” she said. “We paid school fees for our children [and] bought food, seed and fertilisers for our next crops.”

In March, the international Green Climate Fund (GCF), which helps developing countries adapt to climate shifts and adopt clean energy, approved a $26.6m grant for a programme to scale up this kind of climate-resilient agriculture in Zimbabwe.

Due to start in September and run through to 2027, the GCF-backed programme aims to fund about 20 climate-smart irrigation schemes in southern Zimbabwe, similar to Tshongokwe, as well as setting up weather stations and 250 field schools for farmers.

It will also equip three of the country’s main agricultural training colleges with upgraded technology to boost research. It will be co-financed by Zimbabwe’s government with just more than $20m, while the UNDP has committed $1.2m.

The programme plans to benefit 2.3-million people, especially women, in a country where climate-change impacts have helped drive more than 7.7-million Zimbabweans into hunger, the UNDP said.

The work will focus on three ,semi-arid provinces of southern Zimbabwe — Manicaland, Masvingo and Matabeleland South — which are particularly vulnerable to global warming. Here, rainfall is predicted to decrease by 15% and runoff by 20%, leading to higher food shortages, higher food prices, and drought-related livestock deaths, according to the project document.

The region has experienced increasing temperatures since the 1950s, with a decline in annual precipitation and an increase in mid-season dry spells, coupled with droughts and floods. These changes in climate have reduced water availability and increased soil aridity, the document said, denting crop yields and making it harder for smallholder farmers to earn a living.

The UNDP cited the Tshongokwe irrigation scheme as an example of the kind of projects that will receive money from the GCF grant to advance climate-smart agriculture in Zimbabwe.

A consortium of 10 development and research organisations, led by Danish humanitarian agency DanChurchAid, has drilled two solar-powered boreholes for the Tshongokwe scheme that together store 20,000 litres of water.

In Lupane and two other districts, the project called “Sizimele Action for Building Resilience in Zimbabwe” has also established early warning systems and put in automatic weather stations linked to the Meteorological Services Department.

Thandanani Ndlovu of the government’s Department of Agricultural, Technical and Extension Services (AGRITEX), who trains and advises Tshongokwe’s farmers, said the solar-powered boreholes had offset some of the negative impacts of the drying dam and allowed villagers to continue growing crops.

Drip irrigation pipes draw water from the storage tanks and cover nearly 10% of the scheme’s fields, he added. To improve harvests in future, farmers will need more such boreholes, greenhouses and moisture monitoring equipment, he noted.

Started back in 1966, the Tshongokwe irrigation scheme has grown from 16 farmers to more than 60 today as they struggle with worsening drought due to a warming climate. “[The scheme] provides employment, as it hires labour and results in improved food security,” said Ndlovu.

The project is backed by the Zimbabwe Resilience Building Fund, which aims to help 840,000 people in 18 rural districts overcome poverty and hunger by 2021, with $80m in funding from the EU, Sweden, Britain, Denmark and the UNDP.

Washington Zhakata, director of Zimbabwe’s climate-change management department, said the separate GCF programme is hiring staff and is due to start work in the coming weeks, depending on the evolution of the coronavirus pandemic.

Charities such as Practical Action, which uses technology to tackle poverty and build climate resilience, are getting ready to partner with the government and the UNDP to roll out GCF-backed projects, which will likely begin in early 2021.

“We have the experience and have mastered lessons on how to build better resilience in vulnerable communities,” said Innocent Katsande, who co-ordinates knowledge management for Practical Action in Southern Africa.

The focus, he said, should be on building a farming model that manages ecosystems well and uses natural resources sustainably, alongside strengthening early warning systems for weather-related threats, including floods and droughts.

WATCH: How Zimbabwe’s reform efforts are helping the economy

Zim economy: From bad to dismal

Zim economy: From bad to dismal