With the virus on the run, Tunisia reverts to politics as usual

Political infighting leads the prime minster to resign as rifts over religion and democracy, and a crippled economy, take their toll 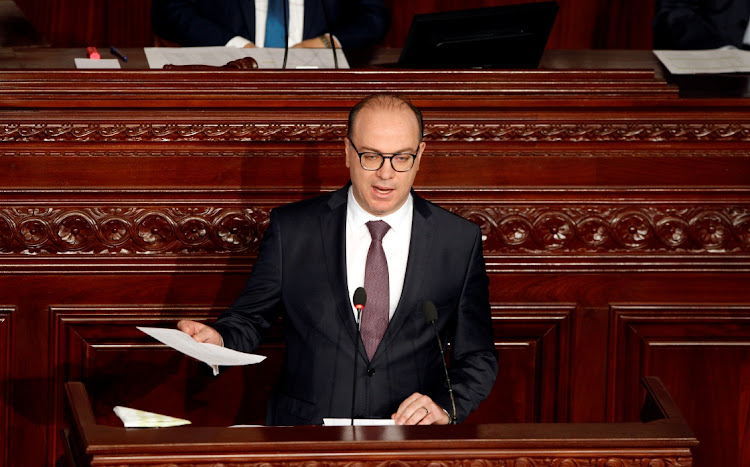 Tunis/Rabat — With the help of police robots and camera-carrying drones, Tunisia endured a punishing lockdown that corralled the coronavirus. Now it’s succumbing to a more familiar malady: political infighting that has claimed the prime minister.

The timing couldn’t be worse. Cases of Covid-19 are low but the country’s beaches are all but empty of tourists, and trade has slumped. Talks with the International Monetary Fund (IMF) for a new loan are only inching forward, while protests over unemployment target the oil and gas industry, an important generator of foreign currency.

It’s a grim backdrop that calls for unity, but rifts over religion and democracy have proved too wide for a little-known law professor elected president last year to bridge. His handpicked prime minister, Elyes Fakhfakh, resigned on Wednesday after almost half of parliament’s legislators filed a no-confidence motion in his rule amid a showdown with a moderate Islamist party that’s the biggest in the assembly.

Tunisia “is on shifting sands due to the regional, political, economic and security situation”, said Mohammed Yousfi, a local political analyst. “If the political battles between the government and parties continue, the country could be pushed to the edge of bankruptcy.”

Officials say the economy, after years of sluggish growth, could contract 7% in 2020 and unemployment rise to more than 20% of the workforce. While Tunisia has reported just 1,319 virus cases and 50 deaths, wary European and other Arab vacationers aren’t expected to return soon in large numbers to reopened Mediterranean resorts.

Nizar Yaiche, the finance minister in Fakhfakh’s government, has said he expects a deal with the IMF in three to four months. But past relations have been bedeviled by the IMF’s demands for unpopular cost-cutting measures. The recent “decay of political life” will make major economic reforms even more difficult, Yousfi said before news of the prime minister’s resignation broke.

Tunisians have been lauded for embracing democracy while neighbouring states plunged into conflict or reverted to authoritarian rule. Consensus politics has been impossible, though, and September’s parliamentary elections set the stage for the latest feuding.

The Islamist Ennahda party won the most seats but fell short of a majority, forcing it to form a coalition from across the divided assembly. The party’s chosen prime minister was rejected by lawmakers, prompting President Kais Saied to appoint Fakhfakh, an engineer who previously worked for French oil company Total. Ennahda stalwart Rashid Ghannouchi became speaker in an uneasy cohabitation that was always unlikely to last.

Lawmakers opposed to Ennahda, which has long been dogged by claims it plans to subvert Tunisia’s modern history of secularism, have rounded on Ghannouchi, accusing him of abusing his legislative powers and infringing on presidential prerogatives.

Among the allegedly unorthodox moves they cite are his meeting Turkey’s Islamist-rooted leader, Recep Tayyip Erdoğan, and congratulating the head of the internationally recognised government in Libya for recapturing, with Turkish help, an airbase from a rival army.

Ennahda says it’s the target of a campaign backed by Gulf Arab monarchies opposed to Turkey’s growing footprint in the region and wanting to reverse Tunisia’s democratic trajectory.

The political system “is still reckoning with the election of Saied, alongside a fragmented parliament and trying to square the ambitions of its diverse actors”, said Max Gallien, a research fellow at the England-based Institute of Development Studies.

To Yousfi, the analyst, growing labour unrest and sit-ins by young Tunisians demanding jobs are “signs of a social explosion.

With just seven months remaining on the UN Security Council, SA has yet to draft resolutions
Opinion
11 months ago

PETER BRUCE: Here’s to the health of the nation — and the business it needs

PETER BRUCE: Here’s to the health of the nation — and the business it needs