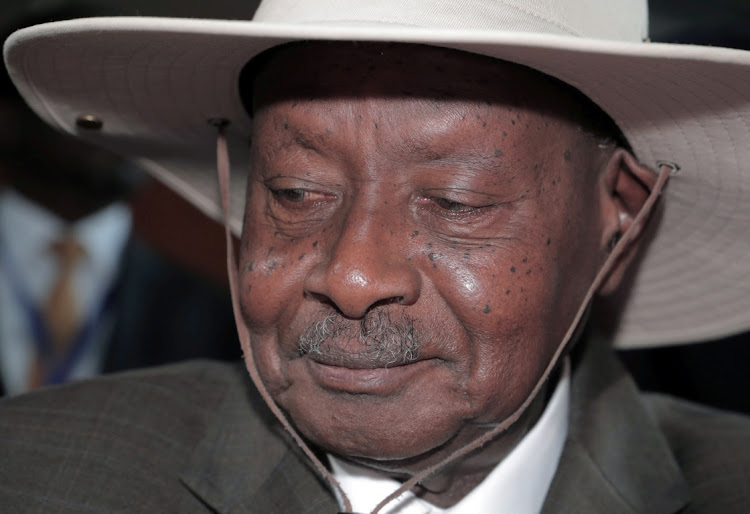 Iganga — Uganda’s security forces are cracking down on authors and journalists who challenge the 34-year-old rule of President Yoweri Museveni ahead of elections next year, a watchdog told Reuters.

The New York-based Committee to Protect Journalists (CPJ) said it documented the cases of 10 journalists and writers assaulted by security personnel, detained, or charged with offences to do with their work this year, compared to four such cases in 2019.

“Police and the military have turned political reporting into a dangerous assignment,” said Muthoki Mumo, the committee’s representative for Sub-Saharan Africa.

Presidential elections are scheduled for early 2021. Opposition leaders say the clampdown makes campaigning even harder after the government forbade mass rallies, citing the spread of the new coronavirus.

“It will be near to impossible to campaign,” said opposition legislator Asuman Basalirwa, pointing out that most television and radios stations are pro-government.

Satirical Ugandan author Kakwenza Rukirabashaija said he was arrested in April and interrogated for five days in the ministry of defence headquarters in Mbuya about whether his novel The Greedy Barbarian is a satire of Museveni.

He was beaten with a baton, punched in the face, and chained up, he said, showing Reuters scars and a scan of a damaged kidney he said came from the torture.

“I was like, tomorrow I will tell them anything because I am going to die ... my body became numb, the blood stopped flowing,” he told Reuters, his voice trembling. “I prayed ... bless my family, my wife and children.”

He was eventually charged over Facebook posts that prosecutors said encouraged people to disobey anti-coronavirus measures.

Uganda military spokesperson Brig Richard Karemire said he was unable to comment because he had not spoken to the people who handled Rukirabashaija’s case.

Political opponents of Museveni, 75, have frequently been arrested and beaten.

University professor Stella Nyanzi’s profanity-laden invectives against Museveni earned her a large online following but also landed her in jail.

She was released in February after serving more than a year on cyber harassment charges stemming from anti-Museveni Facebook posts. A popular blogger, Joseph Kabuleta, was arrested last year after calling Museveni a thief. He told local TV he had been stripped and drenched during interrogation.

Yet, despite its alarming rate of HIV infections, a lack of food during its coronavirus lockdown is killing more in the country now
World
10 months ago

The author, university lecturer and rights activist arrested for protesting against slow distribution of relief food and human rights abuses
World
10 months ago
Next Article