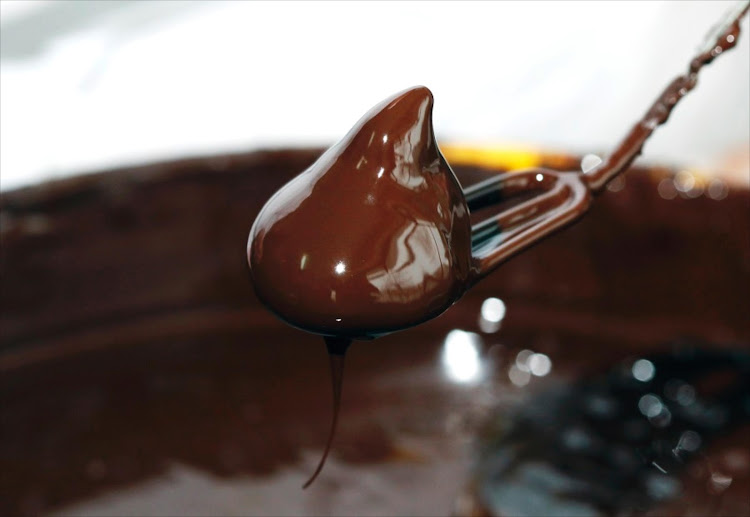 Goma — Aisha Kalinda melts the chunks of cocoa in a pan and spoons the brown gloop into a mould that will become the latest bar produced at the Lowa chocolate factory, the first locally owned producer in the Democratic Republic of the Congo (DRC).

For decades, eastern DRC’s underground riches, such as gold and coltan, have sustained cycles of deadly violence in the area. But before the country fell apart in the 1990s, North Kivu province exported overground riches too, such as coffee and cocoa.

“People have that ignorance of looking at chocolate like it’s something from abroad, that can’t be made in Africa,” Kalinda said, stirring the pot. “We decided to break that rule.”

Boosted by increased consumer interest in the provenance of ingredients, cocoa and coffee are experiencing a renaissance in the DRC, said Kevin Wilkins, a cocoa specialist from Elan DRC, a UK Aid-funded, private-sector development programme.

Thriving in the rich volcanic soils, the beans have attracted interest from brands such as coffee-chain Starbucks and speciality chocolatier Theo Chocolate.

But while the big brands provide jobs and valuable export earnings for the country, DRC chocoholics have, for many years, been deprived the pleasure of gorging on their own supply.

In 2014, Kalinda’s grandfather, Kalinda Salumu, had a dream of turning plantations abandoned after the DRC’s independence into productive co-operatives that could export beans abroad.

In 2018 his first harvest of 200kg was not enough to reach the legal minimum to export so he sent his son to Kampala, Uganda’s capital, to train as a chocolatier.

“We have cocoa, even the best cocoa of all the cocoa in the world,” Salumu boasts happily.

Last year, the family established the Lowa factory, named after the river near where the beans are grown, 150km west of provincial capital Goma.

Lacking sophisticated modern equipment, their output is meagre, only 2kg a day, but the bars have found a devoted following in Goma.

At a local supermarket Baritegera Nikuse Gloria grabbed a $5 bar. She likes it because it’s local, and organic. “Since I tasted this chocolate, I haven’t been able to put it down.”

Most West African cocoa producers are poor smallholders, who would like a bigger share of the industry's profit
World
1 year ago

Cocoa farmers in Ivory Coast push back against output cap

Farmers in Ivory Coast plan to raise prices to encourage production, but the Ivory Coast regulator wants to to curb cocoa output
World
1 year ago
Next Article

Nestlé cracks down on cocoa produced in protected forests

Nestlé cracks down on cocoa produced in protected forests