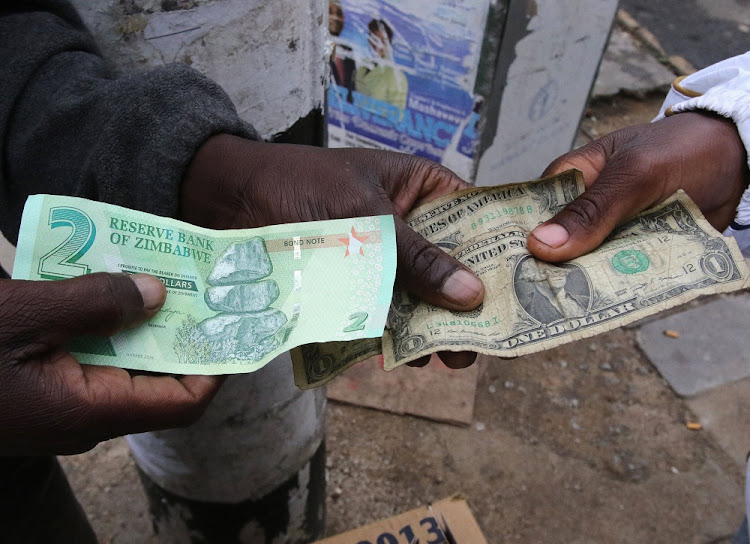 The country is in the grips of its worst economic crisis in a decade and is also grappling with shortages of basic foods, medicines, fuel, electricity and foreign currency. Unemployment has remained high with close to 90% of the population without jobs

Most of Zimbabwe’s foreign currency is traded on the black market and authorities are hoping the new measures will see more money transacting on official platforms.

On Wednesday, finance minister Mthuli Ncube told journalists that the new foreign currency trading system will come into effect immediately and will be based on what he called the “Reuters system”, which allows foreign currency to be traded freely among banks.

Ncube acknowledged that the exchange rate volatility has become unsustainable as it is contributing to high inflation.

“Zimbabwe has had no transparent and effective foreign exchange trading platform for a long time. Consequently, official rates have not been effectively determined, while a thriving parallel market has developed,” Ncube conceded.

Ncube said that under the new system, trading rules for the bureaux de change system will be liberalised so that they can conduct broader transactions. The Reserve Bank of Zimbabwe (RBZ) is expected to be a significant player by feeding funds into the new market, while all the country’s banks have been invited to be part of the market

Ncube also announced that he is setting up a currency stabilisation taskforce to manage the fall of the local currency against the US dollar.

“This [taskforce] will be spearheaded by the finance ministry and the RBZ, and will include members of the monetary policy committee and the presidential advisory council,” he said.

The finance minister will chair the taskforce that will meet at least once a week to review the conditions in the market through systemic monitoring of inflation and exchange rates.

IMF and AfDB give thumbs down to Zimbabwe’s reforms

NELSON CHAMISA: Zimbabwe’s tragic failure of leadership can be reversed

In the 2018 election, the country was stolen, and today is broken and divided, writes Nelson Chamisa
Opinion
2 years ago

The Zim dollar has weakened more than 20% this year against the US dollar, with inflation probably above 500% at the end of 2019
World
2 years ago