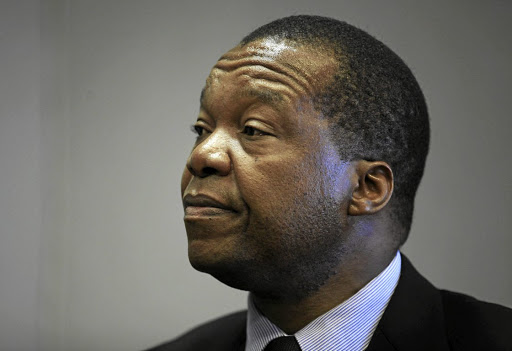 Zimbabwe’s central bank on Monday maintained its official lending rate at 35% while projecting that year-on-year inflation will close at 50% by the end of 2020.

The southern African country is in the throes of its worst economic crisis in a decade and at the end of last year inflation stood at over 500%, according to economic experts, after the government suspended release of inflation data.

Presenting the monetary policy statement in Harare on Monday, Reserve Bank of Zimbabwe governor John Mangudya said there would be no change to the lending rate that was set three months ago.

“Following MPC (monetary policy committee) deliberations, the bank reduced its policy rate on overnight accommodation from 70% to 35%, effective November 20 2019, in order to promote confidence in the economy and minimise non-performing loans.

In 2019, Zimbabwe’s economy contracted by 6.5% and close to half of the population faces hunger this year after a ravaging drought, while the government is in constant haggling with its workers who have threatened to strike over low pay.

But Mangudya projected that the economy will grow by 3% at the end of this year, backed by an expected increase in the international price of minerals.

“The bank is positive about the outlook of the Zimbabwean economy which is expected to grow by 3% on account of increased international prices of key minerals produced in Zimbabwe, namely gold, platinum and palladium, coupled by the stable foreign exchange generation capacity of the economy.

“The bank is also confident that this year’s agricultural out-turn will be much better than initially anticipated due to improved rains received in January and February in most parts of the country.”

Last year, Zimbabwe reintroduced its local currency, ditching the US dollar and SA rand dominated multicurrency regime which had been in place since 2009.

However, most transactions are still conducted in US dollars or the rand as there is general lack of confidence in the local currency, which has been on a precipitous slide.

Mangudya acknowledged that the transition to a local currency was not easy, saying the process of de-dollarisation (moving from the US dollar) would take up to five years.

He also revealed that out of the Z$34bn bank depots in the economy, about half belong to 200 entities while the rest of the population is struggling to make ends meet.

Most of Zimbabwe’s foreign currency is traded on the parallel market but Mangudya said the central bank would set aside forex to stimulate the official interbank foreign exchange market.

Mangudya said they “expect to see year-on-year inflation coming down to 50% by December 2020”.

“Most of the inflation is caused by non-monetary factors. There is negativity among our people to expect the worst and they will say that I lost money in 2008. These are things that shape inflation in Zimbabwe.”

WATCH: What is in store for Zimbabwe in 2020

With his mantra ‘Zimbabwe is open for business’, Emmerson Mnangagwa is hoping to convince the UAE and Russia to invest in his shattered economy
World
1 year ago
Next Article

Poverty and inequality remain rife in Africa despite steady growth

Poverty and inequality remain rife in Africa despite steady growth