The now verdant, farmed land is seen as easy pickings for the country’s elephants, with residents keeping a 24-hour vigil to keep them away 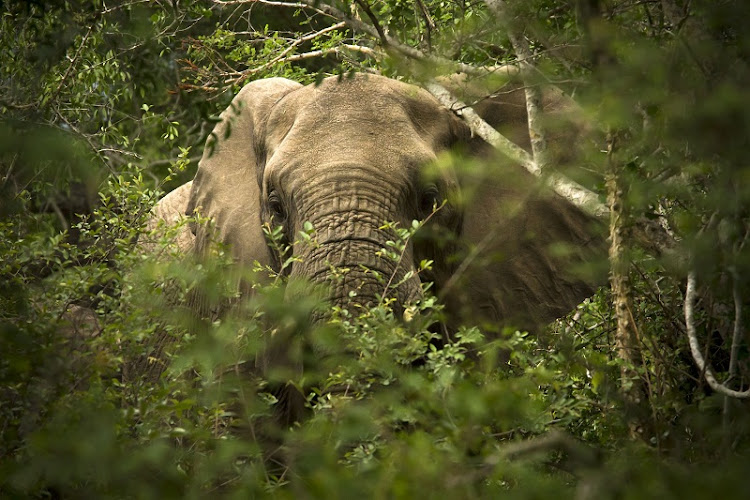 When one of Zimbabwe’s first solar mini-grid systems was installed in this drought-prone village near the Botswana border in 2016, residents thought their problems were solved.

But the verdant fields have attracted a new problem to Mashaba: herds of hungry elephants. As drought makes grass and other fodder harder to find, elephants have begun invading the village’s tempting irrigated fields, destroying crops and irrigation canals and exasperating farmers.

“We have to stand guard in our fields all night from 6.30pm until 3.30am. We beat pots, tins, pans, drums or anything that makes noise to chase away elephants,” Daniel Nyathi, a farmer in Mashaba, told the Thomson Reuters Foundation. As well, “every night we make bonfires on the edge of our fields, shine torches and rev a tractor all night, hoping that might scare the elephants”, said Nyathi who heads the 42ha Rustlers Gorge irrigation project, which serves 2,800 local households.

As worsening droughts lead to more challenging conditions for farmers and wildlife in Southern Africa, such confrontations are expected to become more problematic

According to Mashaba residents, up to 60 elephants now appear to see the village’s irrigated fields as one of their main sources of food.

Elephants have been an occasional problem in the village’s fields, especially since 2017, as conditions have grown drier, they said, but the invasions have intensified dramatically as the solar irrigation project has taken off.

Win Sibanda, one of the Mashaba village leaders, said he feared the near-daily elephant invasions into the community’s fields mean farmers won’t get much of a harvest next month if the problem isn’t addressed. Right now, “the only practical solution is for the farmers to keep guard and chase them out”, he said. “If the elephants number less than five, villagers can easily deal with them. But the challenge is when the whole herd enters the field. No-one dares provoke them because that is more dangerous.”

As worsening droughts lead to more challenging conditions for farmers and wildlife in Southern Africa, such confrontations are expected to become more problematic as irrigation projects pop up to help communities adapt to drier conditions. Sithokozile Nyathi, whose farm with her husband Daniel lies within the Rustlers Gorge irrigation project, said the village had been transformed into a “green belt” with the introduction of the solar mini-grid.

The $3.2m solar project was funded by the EU in conjunction with the Opec Fund for International Development and Global Environment Facility as part of efforts to promote universal access to modern energy in rural areas.

Nyathi said the system has allowed farmers to earn a steady income from their crops, rather than simply depending on increasingly unreliable rainfall. “Each morning we walk 3km from our homesteads to the irrigation scheme to work the whole day in the fields.”

But now farmers are having to work nights as well, just to try to keep elephants away, she said.

To try to find a solution, residents are working with the Zimbabwe Parks and Wildlife Management Authority (ZimParks), which oversees the country’s wildlife. Kwanele Manungo, who helps manage work by the authority in southern Zimbabwe, said a team of game rangers was dispatched to Mashaba in July to address the elephant problem.

The rangers advised digging 1m-deep trenches around the irrigated fields and using a traditional technique of putting piles of smouldering cow dung along their perimeter.

Manungo said the team, which was in the area for a month, “ended up leaving the place because elephants did not come back”. Community members were advised to call again if they had further problems.

“In the worst scenario, we shoot down a leader of the menacing elephants or scare them off using firecrackers,” she said. But Practical Action officials said more “lasting solutions” to elephant invasions of irrigated farmland needed to be worked out.

Tinashe Farawo, a spokesperson for ZimParks and the Wildlife Management Authority, said the authority sometimes runs short of government funding for its wildlife management programmes and is forced to self-fund. That can mean farmers seeking help have to spend their own money to transport and feed game rangers, he confirmed.

Zimbabwe made $2.7m selling 90 elephants to China and Dubai between 2012 and 2018, in an effort to reduce the numbers and earn income, Farawo said.

“We believe in sustainable utilisation of our resources, and these elephants must pay for their upkeep,” he said in a phone interview. According to ZimParks data, the country can accommodate about 55,000 elephants but now has about 85,000.

The rising numbers are likely one driver of the increasing farm invasions, officials said. Farawo said conflicts between people and animals had led to 200 people losing their lives in Zimbabwe over the past five years.

At a May elephant summit in Botswana, Southern African countries whose land is part of the Kavango-Zambezi transfrontier conservation area — which includes parts of Botswana, Zimbabwe, Namibia and Zambia — said their countries are home to the largest population of African elephants. Officials at the summit said they would co-ordinate efforts to survey elephant populations to monitor them.

They noted that as elephant numbers grow in the region, conflicts between the animals and people are increasing as a result of climate change pressures and increasing competition for limited resources.

Zimbabwe considers pulling out of CITES over its $300m ivory stockpile

Botswana, Zambia and Namibia, which all have large elephant populations, support the plan
World
1 year ago
Next Article

Africa is running out of water

Botswana calls for congress on effects of elephants on humans

Africa is running out of water

Botswana calls for congress on effects of elephants on humans