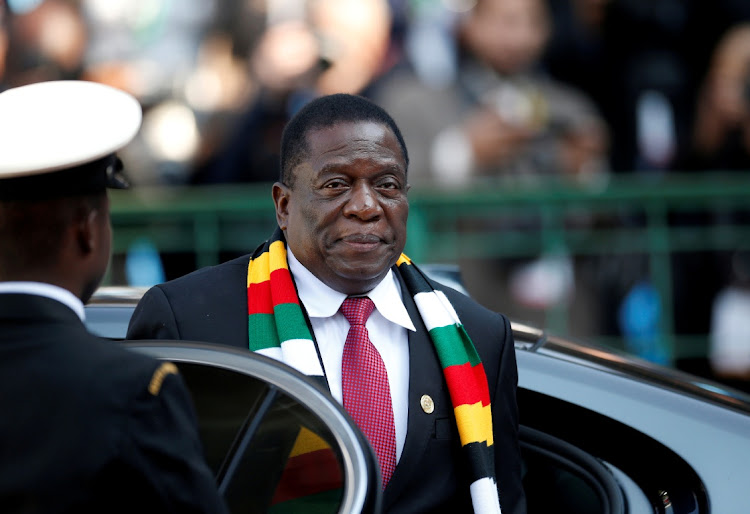 Zimbabwe’s President Emmerson Mnangagwa on Sunday met President Cyril Ramaphosa on the sidelines of the AU extraordinary summit in Niger to request urgent power supplies from Eskom to the cash-strapped country.

Zimbabwe is experiencing its worst power crisis in a decade, with households and industries being cut off for up to 16 hours daily. Without selection, power supplies are being cut as early as 6am only to be switched back on after 10pm.

The power crisis has added an extra burden on Zimbabwe’s wobbling economy, which is already characterised by shortages of foreign currency, fuel, food, medicines as well as a skyrocketing inflation.

Speaking to Zimbabwe’s state media soon after the meeting with Ramaphosa, Mnangagwa said he had asked for immediate help from Eskom.

“With President Ramaphosa we met and we were sharing challenges we are facing, in particular energy shortages.

“We exchanged views on how we can deal with that issue. Of course, our Zesa (Zimbabwe Electricity Supply Authority) owes Eskom quite a lot of money and they have been able to pay $10m last week to reduce that debt,” the Zimbabwean president said.

Mnangagwa did not say what Ramaphosa’s reaction was to the Zimbabwean request but hinted his energy affairs minister would take up the issue with his SA counterpart soon.

“This enables them to have discussions and I think our minister of energy will go to SA next week to discuss some new arrangements,” he said.

Last week Zimbabwe partly serviced its $33m debt to Eskom by paying an instalment of $10m .

Eskom itself also have its own problems keeping lights on in SA. With a debt burden fast approaching R500bn, Eskom is said not to have been selling enough power to cover its operating costs and interest payments.

The state utility has been forced to implement rotating blackouts over the past few years to prevent a collapse of the national grid as its fleet of ageing and poorly maintained plants struggled to keep pace with demand.

Mnangagwa also said the two leaders discussed the $60bn facility to Africa availed by the US at the America-Africa Forum held in Mozambique recently.

Zimbabwe’s power crisis has stocked public anger against Mnangagwa who has failed to fulfil promises that he made when he controversially won an election last year.

The power crisis has severely affected the mining sector which last year accounted for more than two-thirds of Zimbabwe’s $4.8bn in total export earnings.

Small businesses, which according to the International Monetary Fund contribute 60% of GDP because of Zimbabwe’s largely informal economy, have been hardest hit, with some forced to scale down operations or temporarily shut down.

Zimbabwe is also facing shortages of fuel, forcing motorists to queue for hours on end. The government has so far failed to deliver on previous promises to end the shortage, citing a shortage in forex.

Zimbabwe has become the country where you can check out any time you like, but you can never leave
Opinion
2 years ago

Ordinary citizens told to try again after 2021, because country does not have funds to import the ink and paper needed for the documents
World
2 years ago
Next Article

Zimbabwe wants a new currency by early 2020, and IMF funding

Zimbabwe wants a new currency by early 2020, and IMF funding