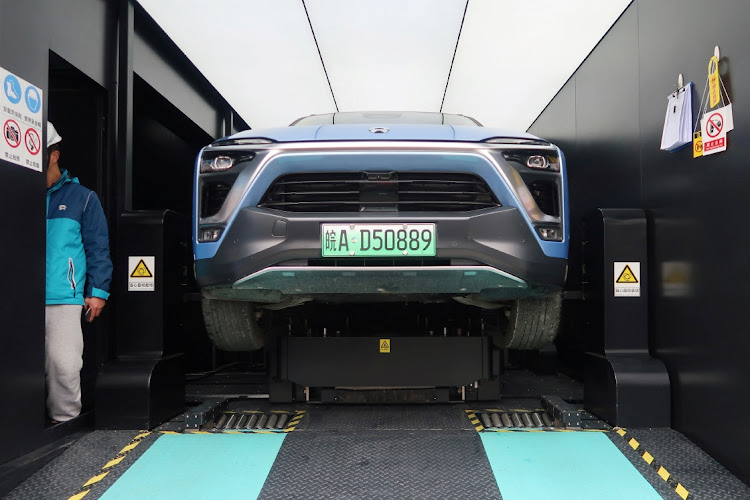 Taipei/Shanghai/Singapore — From his small office in Singapore, Kelvin Pang is ready to wager a $23m payday that the worst of the chip shortage is not over for carmakers — at least in China.

Pang has bought 62,000 microcontrollers, chips that help control a range of functions from car engines and transmissions to electric vehicle power systems and charging, which cost the original buyer $23.80 each in Germany.

He is now looking to sell them to auto suppliers in the Chinese tech hub of Shenzhen for $375 apiece. He says he has turned down offers for $100 each, or $6.2m for the whole bundle, which is small enough to fit in the back seat of a car and is packed in a warehouse in Hong Kong.

“The carmakers have to eat,” Pang said. “We can afford to wait.”

The 58-year-old, who declined to say what he himself had paid for the microcontrollers (MCUs), makes a living trading excess electronics inventory that would otherwise be scrapped, connecting buyers in China with sellers abroad.

The global chip shortage over the past two years — caused by pandemic supply chaos combined with booming demand — has transformed what had been a high-volume, low-margin trade into one with the potential for wealth-spinning deals, he says.

Automotive chip order times remain long around the world, but brokers like Pang and thousands like him are focusing on China, which has become ground zero for a crunch that the rest of the industry is gradually moving beyond.

Globally, new orders are backed up by an average of about a year, according to a Reuters survey of 100 automotive chips produced by the five leading manufacturers.

To counter the supply squeeze, global carmakers like GM, Ford and Nissan have moved to secure better access through a playbook that has included negotiating directly with chipmakers, paying more per part and accepting more inventory.

For China though, the outlook is bleaker, according to interviews with more than 20 people involved in the trade from carmakers, suppliers and brokers to experts at China's government-affiliated vehicle research institute Catarc.

Despite being the world’s largest producer of cars, and leader in electric vehicles (EVs), China relies almost entirely on chips imported from Europe, the US and Taiwan. Supply strains have been compounded by a zero-Covid lockdown in vehicle hub Shanghai that ended last month.

As a result, the shortage is more acute than elsewhere and threatens to curb the nation’s EV momentum, according to Catarc. A fledgling domestic chipmaking industry is unlikely to be in a position to cope with demand within the next two to three years, it says.

Pang sees China’s shortage continuing in 2023 and deems it dangerous to hold inventory after that. The one risk to that view, he says, is a sharper economic slowdown that could depress demand earlier.

Computer chips, or semiconductors, are used in the thousands in every conventional and electric vehicle. They help control everything from deploying airbags and automating emergency braking to entertainment systems and navigation.

The Reuters survey conducted in June took a sample of chips, produced by Infineon, Texas Instruments, NXP, STMicroelectronics and Renesas, which perform a diverse range of functions in cars.

New orders via distributors are on hold for an average lead time of 49 weeks — deep into 2023, according to the analysis, which provides a snapshot of the global shortage though not a regional breakdown. Lead times range from six to 198 weeks, with an average of 52 weeks.

German chipmaker Infineon said it is “rigorously investing and expanding manufacturing capacities worldwide”, but said shortages may last until 2023 for chips outsourced to foundries.

“Since the geopolitical and macroeconomic situation has deteriorated in recent months, reliable assessments regarding the end of the present shortages are hardly possible right now,” Infineon said.

Taiwan chipmaker United Microelectronics said it has been able to reallocate some capacity to auto chips due to weaker demand in other segments. “On the whole, it is still challenging for us to meet the aggregate demand from customers,” the company said.

TrendForce analyst Galen Tseng said that if car suppliers needed 100 PMIC chips, which regulate voltage from the battery to more than 100 applications in an average car, they were now only getting around 80.

The tight supply conditions in China contrast with the improved supply outlook for global carmakers. Volkswagen, for example, said in late June it expected chip shortages to ease in the second half of the year.

The chair of Chinese EV maker Nio, William Li, said last month it was hard to predict which chips would be in short supply. Nio regularly updates its “risky chip list” to avoid shortages of any of the more than 1,000 chips needed to run production.

In late May, Chinese EV maker Xpeng pleaded for chips with an online video featuring a Pokemon toy that had also sold out in China. The bobbing duck-like character waves two signs: “urgently seeking” and “chips”.

The scramble for workarounds has led carmakers and suppliers to China’s main chip trading hub of Shenzhen and the “grey market”, brokered supplies legally sold but not authorised by the original manufacturer, according to two people familiar with the trade at a Chinese EV maker and an auto supplier.

The grey market carries risks because chips are sometimes recycled, improperly labelled, or stored in conditions that leave them damaged.

“Brokers are very dangerous,” said Masatsune Yamaji, research director at Gartner, adding that their prices were 10 to 20 times higher. “But in the current situation, many chip buyers need to depend on the brokers because the authorised supply chain cannot support the customers, especially the small customers in automotive or industrial electronics.”

Pang said many Shenzhen brokers were newcomers drawn by the spike in prices but unfamiliar with the technology they were buying and selling. “They only know the part number. I ask them: Do you know what this does in the car? They have no idea.”

While the volume held by brokers is hard to quantify, analysts say it is far from enough to meet demand.

“It’s not like all the chips are somewhere hidden and you just need to bring them to the market,” said Ondrej Burkacky, senior partner at McKinsey.

When supply normalises, there may be an asset bubble in the inventories of unsold chips sitting in Shenzhen, analysts and brokers cautioned.

China, where advanced chip design and manufacturing still lag overseas rivals, is investing to decrease its reliance on foreign chips. But that will not be easy, especially given the stringent requirements for auto-grade chips.

MCUs make up about 30% of the total chip costs in a car, but they are also the hardest category for China to achieve self-sufficiency in, said Li Xudong, senior manager at Catarc adding that domestic players had only entered the lower end of the market with chips used in air conditioning and seating controls.

“I don’t think the problem can be solved in two to three years,” Catarc chief engineer Huang Yonghe said in May. “We are relying on other countries, with 95% of the wafers imported.”

Chinese EV maker BYD, which has started to design and manufacture IGBT transistor chips, is emerging as a domestic alternative, Catarc’s Li said.

“For a long time, China has seen its inability to be totally independent on chip production as a major security weakness,” said Victor Shih, professor of political science at the University of California, San Diego.

With time, China could build a strong domestic industry as it did when it identified battery production as a national priority, Shih said. “It led to a lot of waste, a lot of failures, but then it also led to two or three giants that now dominate the global market.”

Companies that were desperate for chips are  having a ‘toilet-paper moment', with big implications for producers
Companies
1 month ago