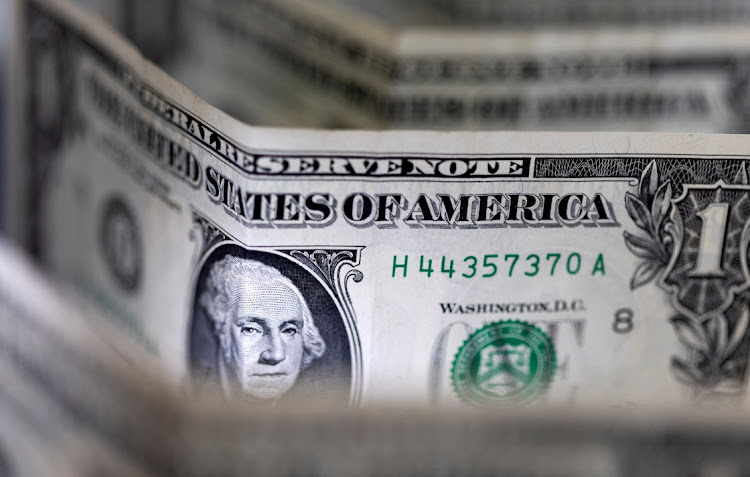 US dollar banknotes are displayed in this illustration taken on February 14 2022. Picture:REUTERS/Dado Ruvic

The global cost-of-living crisis is pushing an additional 71-million people in the world’s poorest countries into extreme poverty, a new report published by the UN Development Programme (UNDP) on Thursday has warned.

Achim Steiner, UNDP administrator, said an analysis of 159 developing countries showed that the surge in key commodity prices in 2022 was already slamming parts of Sub-Saharan Africa, the Balkans, Asia and elsewhere.

The UNDP called for tailored action and is seeking direct cash handouts to the most vulnerable and wants richer nations to extend and widen out the Debt Service Suspension Initiative (DSSI) they set up to help poor countries during the Covid-19 pandemic.

“This cost-of-living crisis is tipping millions of people into poverty and even starvation at breathtaking speed,” Steiner said. “With that, the threat of increased social unrest grows by the day.”

“We project that the current cost-of-living crisis may have pushed over 51-million more people into extreme poverty at $1.90 a day, and an additional 20-million at $3.20 a day,” the report said, estimating it would push the total globally to just over 1.7-billion people.

It added that targeted cash transfers by governments would be more “equitable and cost-effective” than blanket subsidies on things like energy and food prices that richer parts of society tend to benefit more from.

“In the longer term they drive inequality, further exacerbate the climate crisis, and do not soften the immediate blow,” the UNDP’s head of strategic policy engagement, George Gray Molina, said.

The last two years of the pandemic have also shown that these cash-strapped countries would need support from the global community to fund these schemes.

They could do so, Molina said, by extending the Group of 20-led Debt Service Suspension Initiative (DSSI) by two more years and expand it to at least 85 countries from the 73 that are eligible presently.