Investors fear Beijing may one day be as cut off from global markets as Russia after its invasion of Ukraine, a risk many are hesitant to ignore 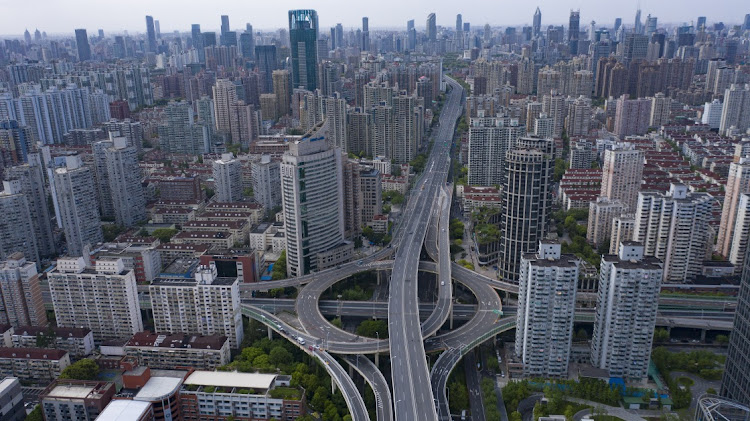 London — China, the only big economy promising a growth rebound this year, is again luring foreign investors. Yet the fear that Beijing may someday end up as ostracised from global markets as Russia is keeping a lid on demand.

The scale and co-ordination of Western sanctions on Russia triggered by President Vladimir Putin’s February 24 invasion of Ukraine stunned financial markets and left managers sitting on billions of dollars of assets suddenly made worthless overnight.

While such a move against China seems far-fetched given its economic size and the vast amount of foreign money invested there, it’s a risk many are reluctant to ignore.

“The global investment community is on notice that if another geopolitical event were to occur, the precedent is already set for these very restrictive and punitive sanctions,” said Bill Campbell, a portfolio manager at DoubleLine Capital, which manages $122bn in assets.

Campbell said a “new paradigm” was at play where geopolitical events threaten “immediate effects for investments and ”, pointing to tensions around Taiwan and in the South China Sea as potential flashpoints with the West.

China’s huge weighting in stock and bond indices meant investors, including his firm, need some exposure. DoubleLine has been buying the bonds of regional development banks and using other Asian countries as proxies for China to avoid tying up too much money onshore.

Sino-US tensions have simmered for years over issues ranging from international trade to intellectual property rights, but most recently Washington told Beijing it would face consequences if it supported Russia’s war effort in Ukraine which the Kremlin calls a “special military operation”.

The US says China has largely complied with restrictions, but last week blacklisted five Chinese companies for allegedly supporting Russia’s military industrial base.

A bill tabled in the US Senate also threatens sanctions on Beijing for aggression against Taiwan, an island China considers its own territory.

“It doesn’t mean we think China is uninvestable or that we expect a conflict with Taiwan tomorrow, but volatility will remain high and we don’t think the yield incorporates this kind of volatility,” Carpenzano said.

BlackRock, the world’s biggest asset manager and a long-standing China bull, cut its Chinese equity view in May, warning risks of military confrontation with Taiwan will increase as the decade wears on.

Investors pulled $30bn-plus from China in the January-March period, according to the Institute of International Finance (IIF).

Covid-19 lockdowns, property sector stress, and rising US treasury yields drove the outflows, yet the IIF also pointed to “the perceived risk of investing in countries whose relationships with the West are complicated”.

“There is a shortage of things you can buy these days that may go up in price,” said Mike Kelly, head of multi-asset at PineBridge Investments, who holds Chinese property sector dollar bonds and is among those buying Chinese stocks again.

Kelly said no-one buying into China could be completely comfortable but he was confident “that if they do something on Taiwan, it won’t be in the next two years”.

Many argue the sheer size of China’s economy and markets make sanctions less likely, as they would harm the West far more than restrictions imposed on Russia. The fallout for global financial markets would be that much bigger too.

JPMorgan estimates foreigners own 5% of stocks and a smaller proportion of bonds in an overall $30-trillion market.

The volume of foreign cash invested in index-tracking products could prove a sticking point, given China comprises 40% of emerging equity indices and 10% in JPMorgan’s GBI-EM emerging debt benchmark.

Russia, before the Ukraine invasion, had a 6.1% share of the debt benchmark.

The Russia-Ukraine conflict has sparked a flood of client questions regarding Chinese exposure, especially to equities, the head of emerging markets strategy at a major bank told Reuters.

The strategist, who declined to be named, said clients were weighing up how much money to allocate “to a market which you may not be able to exit in a hurry”.

One asset manager, WisdomTree, runs a fund excluding state-run Chinese firms and “is likely to launch [ex-China strategies] in the near-term from our own review of the market opportunity”, said Jeremy Schwartz, chief investment officer at the firm, which manages $79bn in assets.

Kelly of PineBridge said ultimately those investing in China needed to brace for sudden changes.

“The risk is there that you invest, have them pull a Putin on you and all of a sudden you are trapped,” he said.

If these duties are imposed, prices will rise as importers switch to sources more expensive than China
Opinion
1 month ago