Workers across the globe have gone on strike in increasing numbers, calling for fuel allowances, minimum pay and improved benefits 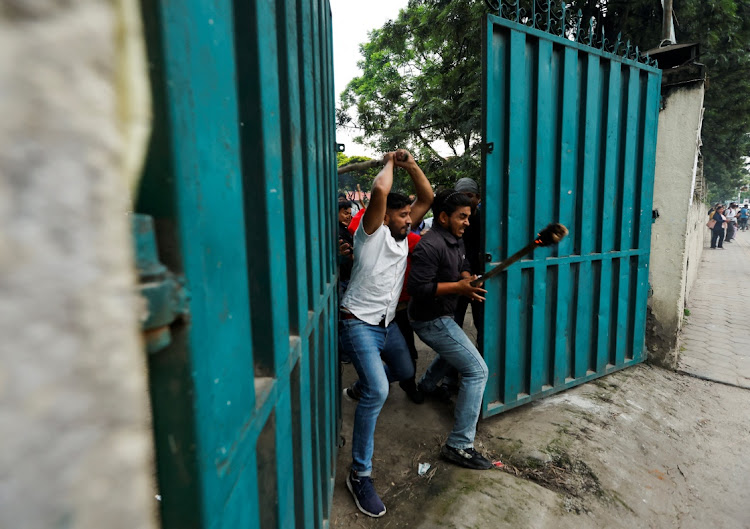 Students affiliated with the main opposition party clash with police during a protest against fuel prices in Kathmandu, Nepal, June 20 2022. Picture: NAVESH CHITRAKAR/REUTERS

Bangkok/Cairo — When Indian online grocer Fraazo cut commission and scrapped its fuel allowance, more than 100 delivery riders went on strike, shuttering outlets and taking their noisy protest to the street.

The workers said last month’s new regime made it near impossible to make ends meet amid record petrol prices.

“Fuel is so expensive. We have to travel long distances to deliver some orders and without the fuel allowance, it is not feasible to do this job,” said Hemraj Sharma, a Fraazo rider in Noida, near the Indian capital of Delhi.

Fraazo did not respond to a request for comment.

A surge in crude oil and commodity prices since Russia invaded Ukraine in February has boosted inflation globally. This has hit platform workers particularly hard, squeezed by higher fuel prices and lower earnings, said Rikta Krishnaswamy a national co-ordinator at the All India Gig Workers’ Union.

“Inflation is hurting everyone, including people who normally use these platforms, and are now cutting back on cab rides and food orders,” she said. “At the same time, platform companies have cut fuel allowances and changed the wage structure because demand has fallen. So the workers are bearing the brunt of inflation with no safety nets.”

The global economy is entering what could become “a protracted period of feeble growth and elevated inflation,” the World Bank says, with many countries facing recession.

Already, technology firms from Melbourne to San Francisco have been laying off workers, including gig workers who work on demand in jobs ranging from food delivery to gardening, cleaning to coding and beauty services.

In Cairo, Mohamed Nagy, who earned about 5,000 Egyptian pounds ($267) a month at a bus ride app, SWVL, was suddenly laid off along with dozens of fellow drivers. The Egyptian start-up said last month that it was laying off more than 30% — about 400 — of its workers as part of its strategy to turn profitable next year.

Nagy, who also drives for Uber Bus, said his income has been cut in half. “I have financial commitments, and I was suddenly left in the cold with no other alternatives,” he said.

SWVL said it planned to help some of those laid off but had to act for the good of those still in work. “The layoffs have, of course, affected many drivers, but we want to also protect the other drivers in the company,” said Youssef Salem, SWVL’s CFO.

Demand for casual workers has surged in recent years with the growth in e-commerce and the platformisation of work, with advocates saying gig work offers both sides greater freedom and flexibility. The pandemic further boosted demand. Critics say that it exploits workers who have few other choices, and that it undercuts hard-won labour rights.

In reaction to the tough new economic climate, gig workers across the globe have gone on strike in increasing numbers, calling for fuel allowances, a minimum pay and benefits such as medical insurance and sick leave.

“We are going to see more such protests and strike actions — the pandemic and the current economic climate have shown gig workers just how precarious they are,” said Krishnaswamy.

Some firms have listened to the rising discontent: Deliveroo put on hold its plan for a pay cut after the UAE strike, while Uber and Ola raised cab fares in several Indian cities.

“Fuel prices also vary from city to city, so the fare increase is not enough,” said Shaik Salauddin, national general secretary of the Indian Federation Of App Based Transport Workers, a lobbying body.

Uber and Ola did not respond to a request for comment.

Cairo bus driver Ahmed El-Fahd might yet quit his job due to the rising costs and falling earnings: “If I rented out the bus, that would be a better alternative.”

Faced with the quick growth of platform companies and worker discontent, authorities from Canada to Australia are negotiating better pay and benefits.

In India, the government think-tank Niti Aayog recommended that gig workers get benefits such as social security and insurance, estimating that the number of gig workers would triple by 2030 to 24-million.

Their prospects look grim, Krishnaswamy. said. “While in wealthier countries, gig workers are fighting over issues like data rights, in poorer countries they are still fighting for a fair wage. It is one of the worst forms of employment, but many of them are migrant workers with few other options,” she said.

The same goes for SA, where many ride-hailing drivers are refugees or migrants from countries such as Zimbabwe, Uganda and the Democratic Republic of the Congo.

The higher fuel prices mean drivers just about cover their costs so face tough choices on spending any extra, said Cikala Ladislas, a Congolese driver for Uber in Johannesburg. “I even withdrew my kids from school because I cannot afford to pay the bills,” said Ladislas, who works shifts of up to 15 hours a day, seven days a week.

Uber raised fares in March to help drivers, and “will continue to monitor the situation” and engage with drivers to address any issues, said Kagiso Khaole, head of mobility operations for Sub-Saharan Africa at Uber.

For Ladislas, quitting the app is not an option. “It is the only job I’ve got for now. I don’t have other choices,” he said.