Climate-vulnerable nations have long grappled with the slow pace of progress at UN negotiations, with their key demands — including more finance — going largely unmet 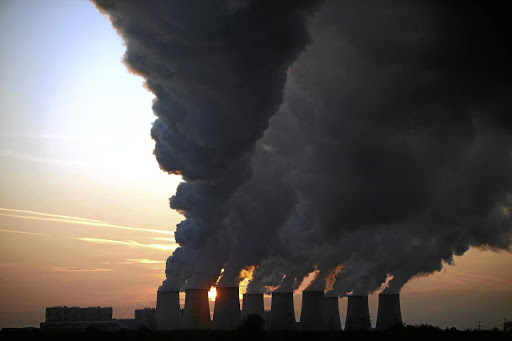 Steam billows from the cooling towers of a coal power station near Cottbus, Germany. Picture: REUTERS

Lumpur/Barcelona — A “disappointing” fortnight of UN talks in Bonn has left much work to be done just five months before a crucial climate summit, diplomats and analysts said, after negotiations failed to make concrete advances on efforts to tackle global warming.

At the closing session on Thursday, developing nations expressed disappointment over scant progress at the midyear session on key issues, especially on setting up a finance facility to deal with rising losses from extreme weather and rising seas.

The lead negotiator for the Alliance of Small Island States (Aosis)  said the 39-member grouping had not received assurances that climate finance “will be delivered at scale or speed”.

“The climate emergency is fast becoming a catastrophe. Yet within these walls, the process feels out of step with reality,” said Conrod Hunte, UN ambassador for the Caribbean nation of Antigua and Barbuda.

The weak outcome from Bonn — which also saw no major steps forward on emissions cuts or towards a global goal to drive adaptation — leaves diplomats with a “huge task” before November’s COP27 summit in Egypt, said Alex Scott of think-tank E3G.

“It’s looking like negotiators have come without the political wiggle room to ... make sure that we get to COP27 with a real sense of progress,” E3G’s climate diplomacy leader told journalists.

The talks in Bonn saw long-standing tensions flare between developing and developed countries over issues ranging from who should take more responsibility to reduce climate-changing emissions to how to pay to repair and avert “loss and damage”.

From the start, countries tussled over whether and how to put on the official UN agenda a dialogue on setting up a dedicated fund for loss and damage.

The issue was left undecided in Bonn, prompting outgoing UN climate chief Patricia Espinosa to call for “major political decisions” at COP27 on finance for loss and damage.

This — together with increased funding for adaptation and clean energy — “is crucial to build a more sustainable and resilient future”, she noted in a statement.

Harjeet Singh, a senior adviser with Climate Action Network International, said that for the first time many developed countries had in Bonn acknowledged the gap in providing finance to vulnerable countries to help them recover from climate change impacts they had little role in causing.

But rich nations  — including the EU, Switzerland and the US — then went on to block discussion on a new finance facility and did not even allow developing countries to add it to the agenda for COP27, he noted.

“Instead of using empty words, rich countries must show (a) spirit of international co-operation and solidarity,” Singh told the Thomson Reuters Foundation.

Espinosa said the focus was now on ensuring that the Egyptian COP, in the city of Sharm el-Sheikh, “could truly be the place where the important promises of the Paris Agreement are turned into reality”.

Countries kick-started discussions in Bonn on how to slash emissions faster and deeper to meet the tightest Paris accord goal of limiting global warming to 1.5 °C , and to assess their collective progress in doing so.

But there were divisions over how to push forward a programme aimed at ratcheting up emissions reductions globally — with at-risk nations asking for it to continue until 2030, while some countries, such as China, wanted it to last just a year.

Wealthy governments also sought to have the mitigation programme include major emerging economies but faced pushback from developing countries that have historically contributed less to carbon emissions.

David Waskow, director for international climate action at the US-based World Resources Institute, called on major polluters to strengthen their emissions reduction targets and on rich countries to deliver the funding needed for vulnerable nations to deal with the effects of a heating planet.

“Perhaps the most decisive outcome from these (Bonn) talks is that developed countries now realise that the chorus calling for solutions to loss and damage is only getting louder,” he said.

“Addressing this issue is a central measure of success for the UN climate summit in Egypt,” he added in a statement.

Climate-vulnerable nations have long grappled with the slow pace of progress at UN negotiations, with their key demands — including more finance — going largely unmet.

A report by the Vulnerable Twenty Group (V20) on 55 economies hit hard by climate change — from Bangladesh to Kenya to South Sudan — this month found they had lost about $525bn (R8.4-trillion)  — or 20% of their wealth on average — in the last two decades due to the impacts of global warming.

Climate change-driven losses are already surging and are set to become much worse if measures to curb emissions from fossil fuel use worldwide are not dramatically stepped up, a flagship UN science report in February warned.

At the Bonn closing session, Switzerland said the talks had not seen sufficient progress on ambition to cut emissions to keep the 1.5ºC goal within reach, warning that this year “we may lose 1.5° " — something “we simply can't afford”.

Hunte of Aosis called for high-emitting countries to submit stronger plans for emissions cuts by a UN deadline in late September, warning of a “code red” situation, with the world teetering on the edge of “overshoot into disaster”.

“Science must be the basis of our decision here yet we leave with a disappointing conclusion. This is an unconscionable way to negotiate with vulnerable countries,” he told delegates.

Since Russia’s invasion of Ukraine, some countries are investing in new oil and gas fields, which will worsen pollution and climate change
World
2 weeks ago