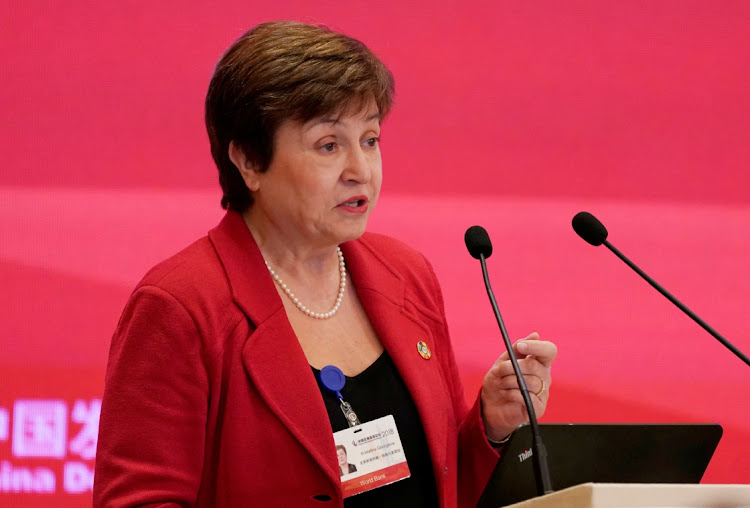 Georgieva told Reuters that it was getting harder for central banks to bring down inflation without causing recessions, due to mounting pressures on energy and food prices from Russia’s war in Ukraine, China’s zero-Covid-19 policies that have dampened manufacturing with lockdowns, and the need to reorder supply chains to make them more resilient.

“I think what we need to start getting more comfortable with is, that may not be the last shock,” she said, noting that she stopped viewing inflation as a “transitory” one-time shock when the Omicron Covid-19 outbreak took hold late in 2021.

She said strong demand from the US, supply chain disruptions and the Ukraine war effects all point to longer-lasting inflation. The Covid-19 pandemic is not over and there could be another crisis, she added on the sidelines of a G7 finance ministers and central bank governors meeting in Germany.

China’s zero-Covid policy, which has led to widespread lockdown in major cities, is unworkable due to highly contagious variants, but officials in Beijing are “digging their heels” in to resist altering it, she said, adding that its effects would be discussed at the meeting.

She said she was “actually not too worried” about China’s economy because the Beijing government has fiscal and monetary policy space to support growth.

Georgieva said efforts by countries to shift their supply chains from maximum efficiency to increased resilience, will raise some costs, as there will need to be redundancy.

“So is this going to be a one-time price shock and then no more impact on inflation? Or will it be a kind of clipping our wings more,” she said. “We have to figure it out.”

Georgieva also said she hoped to talk about concerns she has raised about the global economy fragmenting into competing blocs led by the US and other market-driven democracies on one side and China, Russia and other state-led economies on the other.

The IMF has said this would be a “disaster” with competing technology, regulatory stems and institutions.

Certain macro-economic fundamentals suggest SA doesn’t have the same inflation problems that the US faces, which supports the Reserve Bank continuing ...
Opinion
1 month ago

The increase is more than double the pace of basic wage growth, squeezing consumer spending power at the sharpest pace on record
News
1 month ago