At record-high prices due to warring exporters, sunflower oil is now out of reach for many Muslim households this Ramadan 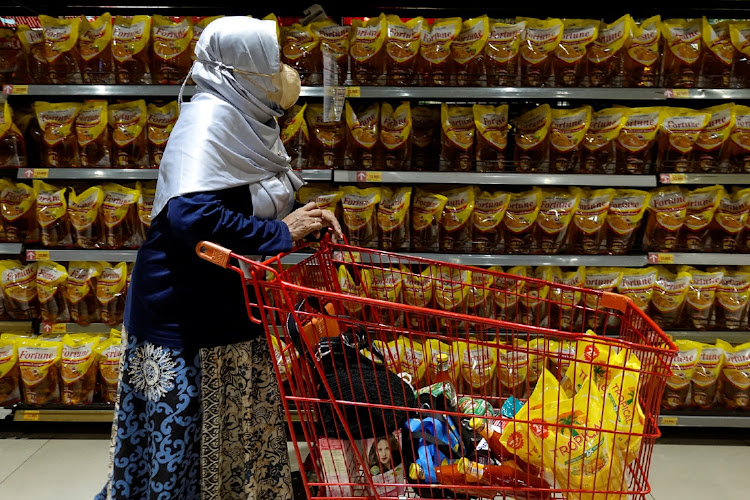 Due to the war in Ukraine, many Muslims in Lebanon, North Africa and the Middle East face a bleak Ramadan without cooking oil. REUTERS/WILLY KURNIAWAN

Beirut/Cairo — Cheap and tasty, fried potatoes have become a staple in Lebanese mother Mona Amsha's kitchen in recent years. But with sunflower oil prices soaring due to Russia's invasion of Ukraine, she fears even fries will be out of reach this Ramadan.

“In 2021, when the prices were already up, I was using the same oil to cook several dishes,” said Amsha, who has three children and lives in a rundown suburb of the capital, Beirut. “Now, I can't even do that.”

In Lebanon, where a deep economic crisis has caused food prices to rise 11 times since 2019, according to the World Food Programme (WFP), the affect of spiralling wheat, cooking oil and fuel costs will be sorely felt during the Muslim holy month.

Each day of Ramadan, which starts on April 2, Muslims break their daily fast with evening meals known as “iftars”, typically featuring large platters of rice, meat and deep-fried savoury pastries.

Many of the dishes require copious amounts of oil — now too expensive for many people in Lebanon and other Muslim-majority countries in the Middle East and North Africa that are heavily dependent on imported food.

Ukraine and Russia account for more than 80% of global exports of sunflower seed oil, and prices for the culinary staple jumped 64% in a single week in late March.

Last month, when Russia unleashed its invasion, the Food and Agriculture Organisation (FAO) said its vegetable oil index jumped 8.5% to a record high.

In Lebanon, a 1l bottle of sunflower oil is nearly 10 times more expensive than it was three years ago, and scarce imports mean supermarkets are rationing purchases to one bottle per customer.

“I can't even have a plateful of French fries for my children,” Amsha told the Thomson Reuters Foundation by phone.

The spike is hitting refugees and other vulnerable groups in the region particularly hard.

Nearly 90% of the 1.5-million Syrian refugees living in Lebanon already live in extreme poverty and rely on food assistance, according to the WFP.

For Kalima Deeb, a Syrian refugee living in an informal settlement in Lebanon with her husband and two children, a full Ramadan spread seems a distant dream.

“How could I imagine having a table full of food like I did in the past, when it's already impossible to afford to have a single full plate?” Deeb said.

Syrian refugees in Egypt, who number about 130,000 among a population of 100-million, are also worried.

The country, which is often the world's largest wheat importer, has already been hit by a sharp rise in global wheat prices due to the war in Ukraine.

“We will not be able to keep up,” said 47-year-old Syrian refugee Maissa Mohamed, who said she feared the price would continue to rise if the war drags on.

“Due to the high prices, a Ramadan bag that included oil, rice, pasta and other food products to cover people's needs throughout the month now has reduced quantities,” said Hosna Medhat, an Egyptian volunteer working with several soup kitchens in Egypt.

Fewer people are likely to donate, too, as the local currency lost 15% of its value in the weeks leading up to Ramadan.

This Ramadan, some families face a never-ending fast

In Lebanon, charities are already overwhelmed.

“The demand is much greater than the supply we have,” said Rasha Beydoun, who heads “Make A Difference”, an organisation that distributes basic goods to vulnerable households in Lebanon.

Families that used to be able to afford the once-inexpensive cooking oil are now asking for it to be included in their food parcels, but her group is struggling to get hold of sufficient supplies, she said.

“This Ramadan, as millions of Muslims break their fast every day at sunset, some families face a never-ending fast,” said Beydoun.

“There's nothing for them to eat before or after sunset.”

Heavy losses and troop withdrawal may cause Russia to compensate with mass artillery and missile strikes, says Britain's defence ministry
World
4 months ago
Next Article