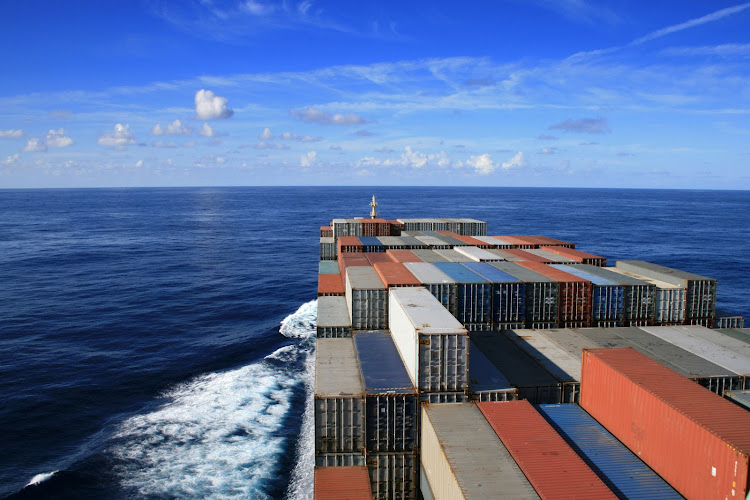 The global trade of goods continues to be disrupted. Picture: 123RF/draganche

Transport between Europe and north Asian destinations like Japan, South Korea and China has become particularly problematic due to reciprocal airspace bans that bar European carriers from flying over Siberia and Russia airlines from flying to Europe.

Airlines responsible for moving about 20% of the world’s air cargo are affected by those bans, Frederic Horst, MD of Cargo Facts Consulting, told Reuters on Tuesday.

Pure cargo carriers like Russia’s AirBridgeCargo Airlines and Luxembourg’s Cargolux are also subject to the airspace bans, in a move that could send air freight rates — already elevated due to a lack of passenger capacity during the pandemic — soaring further.

In December, air cargo rates were 150% above 2019 levels, according to the International Air Transport Association (IATA), adding to inflation affecting industries and economies around the world.

Sanctions imposed on Russia in the wake of its invasion of Ukraine are expected to further disrupt global supply chains.

Russia’s AirBridgeCargo alone moves just less than 4% of global international air cargo, with most of that between Europe and Asia, Horst said.

“All up you could be looking at perhaps a quarter of air cargo between Asia and Europe needing to find alternate means of transportation,” Horst said.

“Yields are high enough that flying a longer route via Southeast Asia, South Asia or the Middle East is an option, but it will still pull capacity out of the market.”

Demand for air cargo in 2021 was 6.9% above 2019’s pre-pandemic levels, according to IATA, as e-commerce surged during the pandemic and shipping container shortages and port bottlenecks led to more products being flown by air. In December, air cargo rates were 150% above 2019 levels, IATA said.

Asia-North America cargo routes are expected to be less affected than European routes, analysts say, because many carriers already use Anchorage, Alaska as a cargo hub and stopover point.

Japanese carmakers Toyota and Nissan said on Tuesday they were keeping an eye on any disruption to supply chains as a result of what Russia calls its “special operation” in Ukraine.

Talks began with the aim of an immediate ceasefire and the withdrawal of Russian forces, the Ukrainian president’s office said
World
5 months ago

As many European countries close their airspace to airlines from Russia, Moscow responds with bans of its own
World
5 months ago

Infrastructure programme must be catalyst to unlock local industrial capacity

Infrastructure programme must be catalyst to unlock local industrial capacity