Growth may ebb as prices surge, a conundrum not easily resolved with standard monetary policy strategies 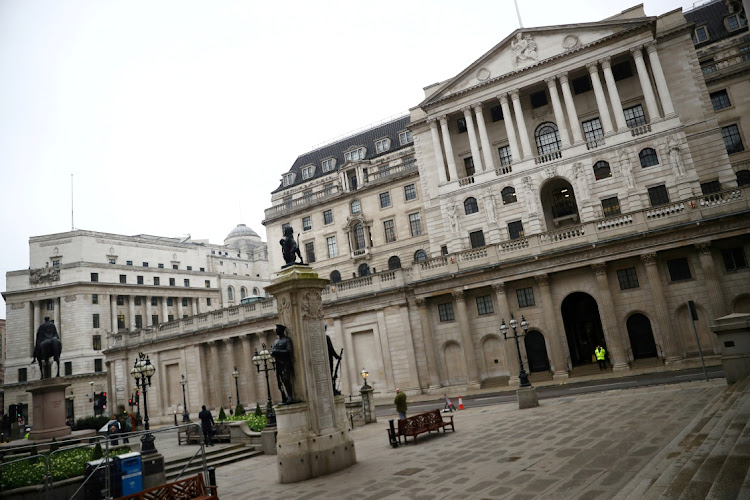 The well-scripted turn by global central banks towards tighter, post-pandemic monetary policy has been thrown into doubt by Russia’s invasion of Ukraine, a geopolitical upheaval likely to be felt differently across the world’s major economic centres.

Risks policymakers face globally include a near immediate spike in the price of oil to above $100 a barrel, and longer-term imponderables of what a European land war could do to confidence, investment, trade and the financial system.

Central banks had been positioned for a head-on fight against inflation while expecting continued strong economic growth.

But now, they may now see growth ebb even as prices continue to surge, a conundrum not easily resolved with standard monetary policy strategies.

“For the major advanced economy central banks the intensification of the war now leaves them in a distinctly worse position,” Oxford Economics analysts wrote.

“The high starting point for inflation ... will make it hard for central banks to ignore the near-term upward forces on inflation. But at the same time, they will be aware that the latest developments increase the risks of very low inflation in late 2023 or 2024 due to a weaker growth outlook.”

High inflation in the US and elsewhere makes it unlikely the Federal Reserve, the European Central Bank (ECB), and the Bank of England will fully pause what has been a joint turn towards tighter monetary policy.

Indeed less than 24 hours after Russia’s invasion began, Fed governor Christopher Waller laid out the case for raising US interest rates by a full percentage point by midsummer.

“Of course, it is possible that the state of the world will be different in the wake of the Ukraine attack, and that may mean that a more modest tightening is appropriate, but that remains to be seen,” he said.

The Bank of Japan is set to keep monetary policy ultra-loose for the foreseeable future. While an expected rise in fuel would push up inflation closer to its 2% target, concern over the damage to consumption is likely to exceed the need to combat inflation with tighter policy, analysts say.

“Rising fuel costs would hurt the economy so tightening policy would be difficult. But the hurdle for easing policy is even higher,” said Yoshiki Shinke, chief economist at Dai-ichi Life Research Institute. “That means the Bank of Japan will maintain the status quo for some time.”

Still, analysts said the new level of uncertainty brought on by Russia’s actions could put policymakers in a more cautious mode, likely to settle at the margins for a bit less policy tightening than a bit more.

The Fed would now likely limit itself to a quarter percentage point rate increase at its March meeting, ruling out the half point hike some policymakers have favoured, wrote analysts with Evercore ISI.

The Bank of England might also pare its next expected increase, and the ECB delay making any firm promises about its tightening plans.

The path could be more diverse for central banks in Asia.

Singapore’s central bank is likely on track for a policy tightening as it assesses inflationary outcomes in the run-up to its next semi-annual meeting in April, said Selena Ling, an analyst at OCBC Bank.

The war in Ukraine will have mixed implications for commodity exporter Australia, prompting its central bank to keep rates steady next week as it scrutinises the crisis.

“While commodity price impacts are likely to be positive for Australia’s terms of trade, higher petrol prices could weigh on consumer spending, as could a negative wealth shock from falling stock markets,” said Felicity Emmet, a senior economist at ANZ.

“We are happy keeping our pick of a September lift-off for rate hikes.”

Other central banks, however, may be forced to focus more on downside risks to growth.

Nomura analysts said a sustained rise in oil and food prices would hit some Asian economies by weakening their current account and fiscal balances and squeezing growth, with India, Thailand and the Philippines likely the main losers.

Volatility shows markets had not fully priced in the likelihood of deeper conflict, says trader
World
5 months ago

NDINAVHUSHAVHELO RABALI: The new reality is there are no guarantees

NDINAVHUSHAVHELO RABALI: The new reality is there are no guarantees