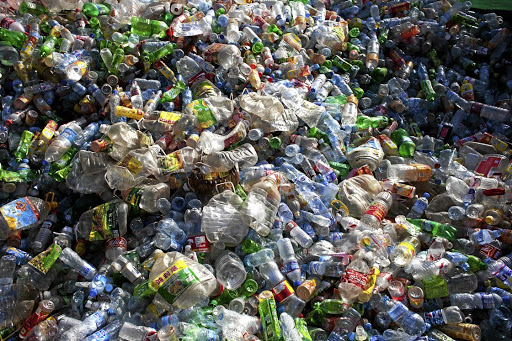 UN member states are set to meet this month in Nairobi to draft the blueprint for a global plastics treaty, a deal that could see countries agree for the first time to reduce the amount of single-use plastics they produce and use.

It is being touted as the most important environmental pact since the 2015 Paris Agreement on climate change.

A global explosion of disposable plastic, which is made from oil and gas, is increasing carbon emissions, despoiling the world’s oceans, harming wildlife and contaminating the food chain. More than 50 countries, including all 27 members of the EU, are calling for the pact to include measures targeting plastic production.

That is a problem for big oil and chemical companies. The industry is projected to double plastic output worldwide within two decades.

Publicly, plastic industry groups representing firms such as ExxonMobil, Royal Dutch Shell and Dow, have expressed support for a global agreement to tackle this garbage.

Behind the scenes, however, these trade organisations are devising strategies to persuade conference participants to reject any deal that would limit plastic manufacturing, according to emails and company presentations seen by Reuters, as well as interviews with a dozen officials involved in the negotiations.

Leading that effort is the American Chemistry Council (ACC), a powerful group of US-based oil and chemical firms. The Washington-based ACC is attempting to forge a coalition of big businesses to help steer treaty discussions away from production restrictions, according to an October 21 email sent from the trade group to a blind-copied list of recipients. Reuters received a copy of that email from an employee of a consumer goods company who requested anonymity.

The ACC did not respond to Reuters' questions about the email or the proposed business coalition.

Plastic is embedded in modern life and indispensable to sectors such as automaking. The plastics industry has been quick to cite such applications in defending unfettered production.

But it is throwaway plastics such as food wrappers, grocery bags and delivery packaging that are the main focus of the UN conference. Single-use plastic accounts for about 40% of all production, according to a landmark 2017 study in the journal Science Advances.

The ACC has long defended disposable plastics as better for the planet than alternatives such as glass and cardboard, which are heavier and require more fossil fuel to transport. Some climate scientists say that analysis is flawed because it does not take into account the huge societal cost to managing plastic garbage, which is hard to recycle, slow to degrade and expensive to collect, bury and burn.

Meanwhile, the ACC and its Brussels-based counterpart, Plastics Europe, have been meeting privately with government officials ahead of the talks to press their case, according to correspondence obtained by Reuters through freedom of information requests and interviews with four people involved in the talks.

The ACC last year held a telephone briefing offering US officials its own vision for what the Nairobi treaty should look like, according to a March 3 email invitation sent to the US Environmental Protection Agency (EPA) and obtained by Reuters.

Documents attached to that invitation outlined the ACC’s opposition to potential production caps on plastic. Among its claims: that global inequality would worsen due to increased food waste and less access to clean water in the developing world if restrictions were enacted. Big consumer brands have used single-use plastic packaging to sell basic goods in poor countries, a move that has increased their revenues but fuelled widespread waste pollution.

The ACC briefed EPA twice last year as to its views on plastic, once in March and again in July, the agency told Reuters.

It is not unusual for industries to interact with government agencies. Still, the ACC has been in regular contact with EPA and the US state department, voicing opposition to domestic and international efforts to restrict the use of plastic, according to correspondence accessed by Reuters through freedom of information requests.

Against the backdrop of the coronavirus pandemic, meanwhile, Plastics Europe is citing public health as a reason for UN delegates to steer clear of production caps or bans on throwaway plastics. In a presentation sent on December 16 to EU officials and seen by Reuters, the trade group said any such restrictions could have “unintended consequences” given high demand for disposable masks, gloves and water bottles.

Plastics Europe did not respond to questions about its presentation or lobbying efforts. The group “has significant concerns about the introduction of new mandatory restrictions,” MD Virginia Janssens, said.

Plastic makers want UN delegates to focus instead on waste collection, recycling and nascent waste-to-fuel technologies, areas that do not impact their businesses, according to documents reviewed by Reuters and interviews with four people involved in talks with the industry.

“A better solution is to address the leakage of plastic into the environment,” Stewart Harris, the ACC’s senior director of plastics policy, told Reuters.

That approach has had little success. Just 9% of all plastic ever produced has been recycled, with the rest incinerated, dumped in landfills or left to pollute the environment, according to the 2017 study published in Science Advances.

A series of Reuters investigations last year revealed that some of the plastic industry’s own recent recycling projects have made little impact or shut down.

More than 100 countries are due to attend the UN Environmental Assembly (UNEA) summit — either in person or virtually — to agree on the framework for a global plan to tackle plastic pollution. It is likely to take at least two more years to finalise a treaty. But whatever is agreed upon at the conference, which runs from February 28 to March 2, will determine key elements of any deal.

Getting countries to commit to binding limits on the production and use of throwaway plastics is essential if the treaty is to have any effect, advocates say.

In a surprise move last month, some of the plastic industry’s biggest customers, including The Coca-Cola Company and PepsiCo, said for the first time that they wanted any treaty to curb future plastic production.

The public is also on board, according to a 2019 Ipsos poll. More than 70% of people surveyed said single-use plastic packaging should be banned, according to that poll of 19,515 adults across 28 countries.

“People are watching what we’re doing, and they’re expecting results,” said Steven Guilbeault, environment minister for Canada, which along with Ghana is facilitating the treaty talks in Nairobi.

Many of those eyes will be on US. Democratic President Joe Biden has sought to rebuild US credibility on environmental matters, steps that have included rejoining the Paris Agreement last year. Earlier this month, the US joined with France in calling for a global agreement on plastic waste that recognises “the importance of curbing it at its source.”

Still, the Biden administration has not committed publicly to production curbs or bans on single-use items. The US generates more plastic waste per person than any other country, and is home to some of the world’s largest manufacturers of plastic polymers. Any strict new terms in a plastics agreement would likely require approval from the US Senate; the deeply polarised chamber is split 50-50 between Democrats and Republicans.

In an interview with Reuters, state department assistant secretary Monica Medina, the official heading the US delegation in Nairobi, declined to state whether the administration would support or oppose production restrictions, nor would she provide any specifics about US goals for the treaty.

“We’re thinking about this in terms of being as innovative as possible and not having a prescriptive and top-down approach,” Medina said.

Approximately 80% of global ocean plastic comes from Asian rivers, and the Philippines alone contributes a third of that total
World
9 months ago
Next Article

ROBERT LEWENSON: Money talks, and we should let it speak on behalf of saving ...

ROBERT LEWENSON: Money talks, and we should let it speak on behalf of saving ...