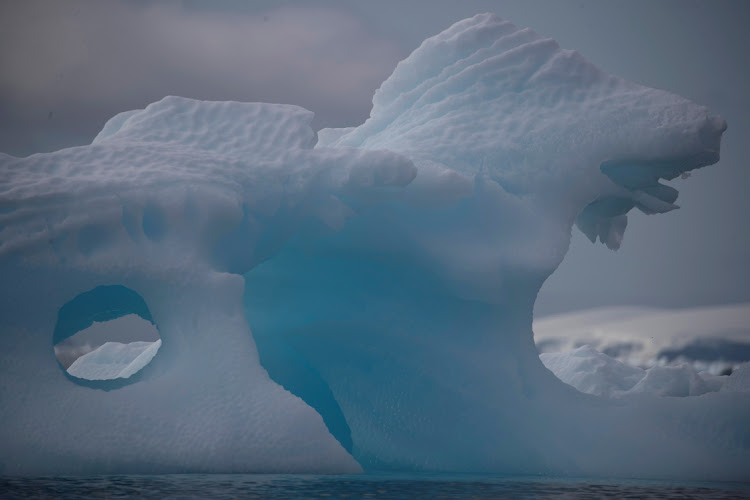 Buenos Aires — A team of Argentine scientists is using microorganisms native to Antarctica to clean up pollution from fuels and potentially plastics in the pristine expanses of the white continent.

The tiny microbes munch through the waste, creating a naturally occurring cleaning system for pollution caused by diesel that is used as a source of electricity and heat for research bases in the frozen Antarctic.

The continent is protected by a 1961 Madrid Protocol that stipulates it must be kept in a pristine state.

The research on how the microbes could help with plastic waste could have potential for wider environmental issues.

“This work uses the potential of native microorganisms — bacteria and fungi that inhabit the Antarctic soil, even when it is contaminated — and make these microorganisms eat the hydrocarbons,” said Lucas Ruberto, a biochemist.

“What for us is a contaminant, for them can be food.”

Ruberto travelled in December with other researchers to Carlini, one of the six permanent Argentine bases in Antarctica, going through a quarantine to help avoid bringing Covid-19 to the continent, where there have been isolated virus breakouts.

The team carried out bioremediation tasks, which involve cleaning soil affected by diesel, using indigenous microorganisms and plants, a process that can be used in the austral summer and removes some 60-80% of contaminants.

Ruberto said that the team helped the microbes with nitrogen, humidity and aeration to optimise their conditions.

“Basically with that we get the microorganisms to biologically reduce, with a very low environmental impact, the level of contaminants,” he told Reuters by Zoom.

The team has now started to research how the microbes could help clean up plastic waste elsewhere. Both fuels and plastics are polymers, molecules made up of long chains of mainly carbon and hydrogen.

“This year we incorporated as one of the group’s projects the search for indigenous microorganisms that are capable of degrading plastic,” said Nathalie Bernard, a biochemist and specialist in plastic biodegradation.

The researchers collect samples of plastic from the Antarctic seas and study to see if the microorganisms are eating the plastics or simply using them as rafts.

“If we find that it is indeed degrading plastic, the next step would be to understand how it does that, so that in the long-term we could find a way to put together a biotechnology process for low-temperature polymer degradation,” Bernard added.

Ruberto said doing their work within the awe-inspiring surrounds of the Antarctic helped motivate the research.

“Being able to investigate in Antarctica is a dream come true,” he said. “It is a unique, protected place, with very special ecosystems.”

It is time for the African continent to initiate a climate expert meeting explicitly focused on Africa’s needs, relevant to global concerns
Opinion
9 months ago

NEWS FROM THE FUTURE: Energy is a gas in Antarctica

JONNY STEINBERG: We are experts on 1918 flu, yet act like fools with Covid-19

JONNY STEINBERG: We are experts on 1918 flu, yet act like fools with Covid-19