The number is almost double the previous record of 5.7-million seen in late April 2021 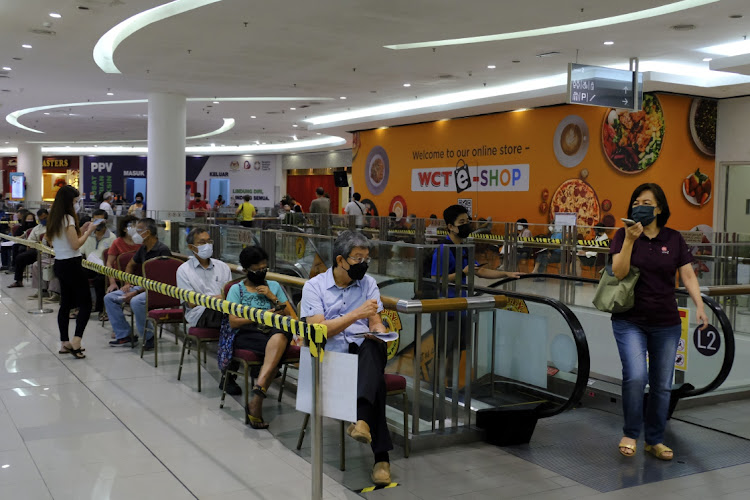 Members of the public wait in line to receive a booster dose of the Astrazeneca Covid-19 vaccine at a vaccination centre set up in Paradigm Mall in Selangor, Malaysia, on January 3 2022. Picture: BLOOMBERG/SAMSUL SAID

Almost twice as many people were diagnosed with Covid-19 in the past seven days as the pandemic’s previous weekly record thanks to a tsunami of Omicron that has swamped every aspect of daily life in many parts of the globe.

The highly mutated and infectious variant drove cases to a record 10-million in the seven days to the end of Sunday, almost double the previous record of 5.7-million seen during in a week in late April 2021. The surging number of infections, at a time when many people have given up on testing or are using at-home kits with results that aren’t reported to local authorities, has led to cancelled flights, closed offices and strangled production facilities and supply chains.

Soaring infections — with a record number of cases reported from Australia and the US to Italy and France — disrupted the holiday season a year after vaccines first started being rolled out and two years after the emergence of the virus that many initially hoped would be fleeting.

The silver lining is that weekly Covid-19 deaths are still on a downward trajectory, falling to their lowest level in more than a year. The outlook for 2022 depends on whether the death toll follows cases and picks up in the weeks to come, or if early evidence suggesting the Omicron wave will be less severe holds up as more real-world data emerges. 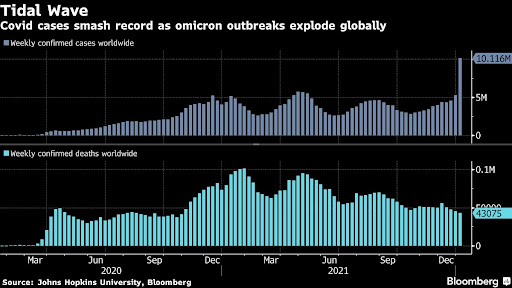 Police are tracking down people trying to duck the tight controls in the city of 13-million people, which has been in lockdown since December 23
News
7 months ago

Statistics show 87,527 people died from coronavirus-related causes in November, making it the deadliest month in Russia since the start of the ...
World
7 months ago
Next Article

NEWS FROM THE FUTURE: All I want for Christmas is my freedom back

NEWS FROM THE FUTURE: All I want for Christmas is my freedom back