Almost two years into the pandemic, the regularly mutating coronavirus is forcing governments to rethink quarantine and test rules 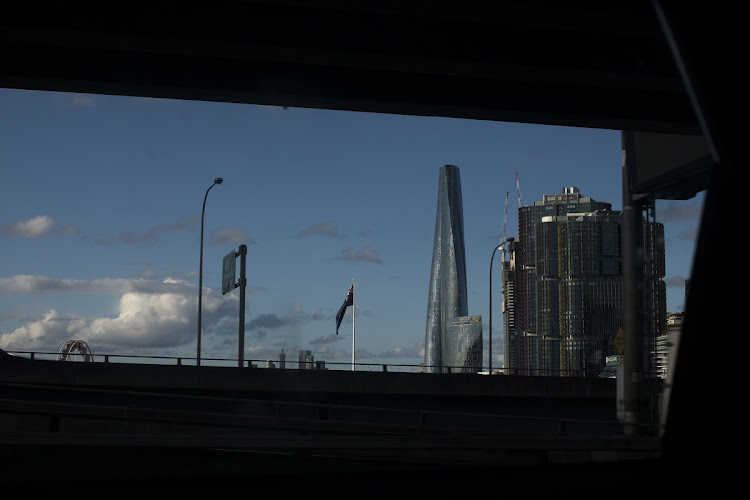 The Crown Sydney hotel resort is shown in Sydney, Australia, on December 29 2021. Hospitalisations due to coronavirus in Australia’s most-populous state have reached the highest level since mid-October. Picture: BLOOMBERG/BRENT LEWIS

Sydney/Rome — Daily Covid-19 infections have hit record highs in the US, swathes of Europe and Australia as the new Omicron variant of the virus races out of control, keeping workers at home and overwhelming testing centres.

Almost two years after China first reported a cluster of “viral pneumonia” cases in the city of Wuhan, the regularly mutating coronavirus is wreaking havoc in many parts of the world, forcing governments to rethink quarantine and test rules.

Though some studies have suggested the Omicron variant is less deadly than some of its predecessors, the huge numbers of people testing positive mean that hospitals in some countries might soon be overwhelmed, while businesses might struggle to carry on operating because of workers having to quarantine.

The average number of daily Covid-19 cases in the US has also hit a record high over the past seven days, according to a Reuters tally. The previous peak was in January of this year.

New daily infections in Australia spiked to nearly 18,300, on Wednesday eclipsing the previous pandemic high of around 11,300 hit a day earlier.

‘I just want to go home’

A number of governments were also increasingly worried by the huge numbers of people being forced into self-isolation because they had been in contact with a coronavirus sufferer.

Italy was expected to relax some of its quarantine rules on Wednesday over fears the country will soon grind to a halt given how many people are having to self-isolate protectively, with cases doubling on Tuesday from a day earlier to 78,313.

However, China showed no let up in its policy of zero tolerance to outbreaks, keeping 13-million people in the city of Xian under rigid lockdown for a seventh day as new infections persisted, with 151 cases reported on Tuesday.

“I just want to go home,” said a 32-year-old mechanic, who was in Xian last week for a business trip when the city was effectively shut off from the outside world.

No cases of Omicron have been announced in Xian so far.

Many countries are still grappling with the earlier Delta variant, including Poland, which reported 794 Covid-related deaths on Wednesday — the highest number in the fourth wave of the pandemic.

Deputy health minister Waldemar Kraska said more than 75% of those who died were unvaccinated.

Early data from Britain, SA and Denmark suggests there is a reduced risk of hospitalisation for the Omicron compared with the Delta variant, the World Health Organisation said in its latest epidemiological report released overnight.

However, the report said further data was needed to understand how severity of illness may be affected by vaccination and, or, prior infection.

The surge in cases is coinciding with the New Year holidays, normally a period of parties and travel. Some countries, such as Italy, have cancelled public celebrations, while authorities in Japan urged residents to keep end-of-year gatherings small.

“The highest risk is meeting people without taking adequate measures to prevent infection,” said Norio Ohmagari, director of the Disease Control and Prevention Center and a top health adviser to the Tokyo Metropolitan Government.

The latest on coronavirus and the response to the rapid spread of its Omicron variant, from Indonesia to Germany
News
7 months ago

With Omicron widespread in the US and worldwide, travellers from these nations won’t have a significant impact on the American case count
World
7 months ago
Next Article