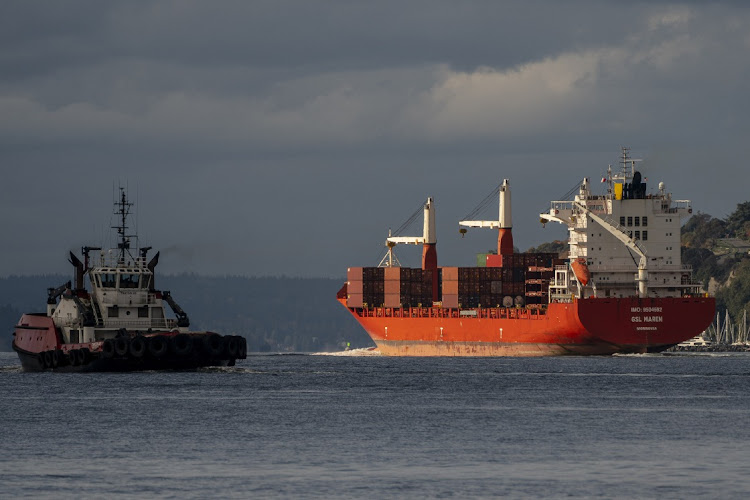 London — Shipping companies that transport the world’s coal are in the crosshairs of some financial backers who are cleaning up their businesses in the absence of a truly global drive by nations to renounce the dirtiest fossil fuel.

In a sign of investors taking the initiative, six European firms collectively representing over 5% of the estimated annual $16bn capital financing requirements of the dry bulk industry told Reuters they were either reducing their exposure to vessels that transport coal or were considering doing so.

Such carriers — titanic vessels stretching up to 270-metres (885ft) long and able to carry hundreds of thousands of tonnes of cargo — are the cheapest way to transport coal and other commodities such as iron ore and grain in large quantities.

Swiss Re told Reuters that from 2023 it would no longer cover the transport of thermal coal via reinsurance treaties, where it covers a portfolio of insurers’ policies. It exited the direct insurance of coal cargoes in 2018.

“There is much more pressure on the insurance companies in terms of ESG,” said Patrizia Kern-Ferretti, head of marine at Swiss Re Corporate Solutions, referring to the sustainable investment sphere. “I hear from brokers they are having difficulty placing coal policies in the insurance market,” she added. “More and more companies are applying direct guidelines.”

“If we are uncomfortable with such answers, we will not invest in the company,” he added, without elaborating on the specifics of the methodology.

Such pressures pose new challenges for the shipping industry, which hitherto largely hasn’t been drawn into the centre of the coal debate by policymakers and investors focused on production and consumption rather than transport of the fuel.

Andreas Sohmen-Pao, chairperson of BW Group, which operates a diverse fleet including oil and gas tankers, offshore vessels and dry bulk carriers, said ESG pressures on investors and banks — capital providers to the industry — were growing.

“How that plays out in terms of outcome is a different question. Sometimes, people shun a sector and the returns only get better as supply moderates,” he added.

“Everyone has to do what they think is right. Sometimes, you can have counterintuitive effects.”

There’s good money be made from delivering coal, which broadly accounts for about 30% of cargo volumes and has hit record prices amid a shortage of fuel including natural gas to provide the power needed by a global economy recovering from a pandemic.

And demand beckons for decades to come after major consumers including China and India failed to join a pact to phase out coal power at UN climate talks being held in Glasgow this week; while Europe and the US are retiring coal-fired plants, Asian nations are building almost 200 more.

“All we do is deliver it from the point of origin to the point of consumption, like a messenger delivering his message,” he added. “Coming after ship owners seems the easy cop-out route as we have no voice.”

The six firms that spoke to Reuters about their coal concerns collectively own, finance, insure or reinsure more than $1bn of capital in the dry bulk industry, based on the estimated value of shipping assets.

Leading shipping financiers more broadly currently provide close to $290bn of lending to the industry annually, with capital requirements for the dry bulk segment accounting for about $16bn, according to analyst and Reuters estimates.

The investor pullback, part of a wider shift in the financial industry away from fossil fuels, threatens to drive up the cost of finance and insurance for some shipping firms in the dry bulk sector, which carries close to half of global seaborne cargo volumes.

London-based specialist asset manager Marine Capital, which owns and operates shipping assets on behalf of institutional investors, said it anticipated that funders would not support investments in the largest bulk carriers that typically carry coal, known as capesize vessels.

“When it comes to small bulk carriers below Panamax size the amount of coal they carry is relatively modest and our experiences suggest that certainly now institutions would take the view that the relationship with coal is, from their perspective, de minimis,” said Marine Capital CEO Tony Foster.

Tufton Investment Management, another prominent investor in shipping, said it had been increasingly limiting its exposure to coal carriage, especially thermal coal, since 2018 by favouring charterers less likely to carry the fuel.

Separately, at least two major ports are making big shifts; Antwerp has turned its back on coal, for example, while Peel Ports is redeveloping its former Hunterston coal import terminal in Scotland to be able to handle offshore wind, dry docking for ships, aquaculture and the recycling of energy.

Some bulk shipping players are looking to get ahead of the climate curve by refocusing their businesses away from fossil fuels. Others, who have seen patchy profits in recent years, are loathe to the turn away from the returns on offer from coal.

Monaco-based Eneti is in the former camp, and it has shifted entirely out of dry bulk shipping this year into providing specialist vessels for the offshore wind sector.

“An important consideration when we exited the dry bulk sector was thermal coal,” MD David Morant told Reuters, saying trying to clean up coal transportation was “only applying lipstick”.

“As a publicly-listed company, renewable energy through offshore wind is higher growth, environmentally responsible and attractive to our investor base.”

Similarly Purus Marine, which has leading US investment company Entrust Global as its founding shareholder, says it is focused on more environmentally friendly ocean industries.

“Our business model is to own vessels and maritime infrastructure involved in offshore renewable energy, seafood, ferries and the climate-aligned sectors of industrial shipping,” said CEO Julian Proctor.

The impact of higher prices for shipping coal would be felt most in Asia, which consumes 80% of global coal supply and is more reliant than elsewhere on coal-fired power.

Even though emissions from burning coal are the single biggest contributor to climate change, the priority for many developing countries is to provide power to a rapidly growing population rather than converting to renewable plants.

“The worst-case scenario is to see countries being plunged into darkness and manufacturing being hit hard, thus heralding a global economic crisis of sort,” he added. “This would be highly irresponsible, as many countries are crawling out of long periods of recession and Covid-induced decline.”
Reuters

Energy minister says he knows ‘we’re going to end up in court for it, but I think we should’
News
7 months ago