In Italy, there is no capital gains tax for nonresidents if they sell their home more than five years after they bought it 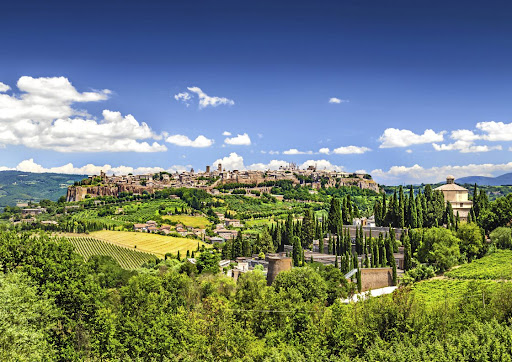 Homes in Italian cities and the countryside have always held an allure for foreign buyers. Now the pandemic is supercharging demand from well-off Americans and Britons.

That’s because a range of tax incentives, relatively lower prices and the potential for working remotely has kindled their desire to buy second homes in Italy.

“There’s been a dramatic change in demand,” said Knight Frank agent Bill Thomson, of the real-estate market in Italy. His group recorded the highest increase in interest from Britons and Americans in recent times. “As a business, we’ll have the best year we’ve had in the past 10 years,” he said.

Andy Isikoff, an investment manager in New York, bought a two-bedroom apartment in Rome during the pandemic without even seeing it in person. Constrained by travel restrictions but attracted by cheap prices, the father of two decided he could finally enjoy Italy — a country in which he’d spent time in his younger years.

“I think it will prove to be a good investment,” he said, “I’m a big Italophile, so I’ve always wanted to go back there.”

Italy is now the top location for North Americans and Britons to purchase a second home — outside their own home countries — according to a September 2021 Knight Frank survey. Relatively lower prices at a time when global housing markets are booming are helping Italy beat France and Spain — other countries favoured for overseas second homes.

The average price of a property around Rieti, a city next to Rome, in September was €96,000, according to data from real estate aggregator Idealista. In Pavia, near Milan, it cost €123,000. By comparison in Santarem, near Lisbon, Portugal, a house costs €147,000 on average. In Spain’s Guadalajara near Madrid, it’s €147,300.

Savills and Sotheby’s noted that they had sold more properties in the first eight months of 2021 in Italy than in the whole of 2019, with Britons and Americans being their top clients.

Savills oversaw as many contracts in Italy this January-September period than it did for the whole of 2019. Sotheby’s sales grew 74% in the first eight months of the year compared to the same period in 2019. Knight Frank recorded an 19% increase in the homes sold between April 2020 and March 2021 vs the same period two years prior, and 108% more than for the same period in 2020.

Tax incentives could be a contributor to the surge in demand, said Gianluca Mattarocci, a lecturer at the University of Rome Tor Vergata. There is no capital gains tax for nonresidents if they sell their home more than five years after they bought it.

Transaction costs for buyers are lower in Italy than in Spain or Portugal, although they are higher than in France, according to the 2021 Knight Frank report. A “super-bonus” policy was also introduced in 2021 to support house improvements, with the government paying extra for renovations that increase homes’ energy-efficiency levels.

Knight Frank estimates that 683 people with more than $30m in net worth have applied for residency under this tax policy between 2017 and 2019, most of them coming from the UK, with a rising number of people applying from the U.S.

While traditionally Tuscany and Umbria are the most popular regions, estate agents say they’ve seen an uptick in interest in the Lombardy region around Milan and also around Rome.

“During the pandemic Italian families were eager to sell off their secondary or third homes to get some extra cash,” said Mattarocci. “A lot of beautiful — if slightly neglected — properties came on the market all of a sudden,” he said.

Washington DC-based Suzanne McDonnell has been looking to buy a house in Italy for the past year. Influenced by a friend who moved to Rome 35 years ago, the former teacher decided to move now that she can afford a spot in the sunny Roman countryside.

“I see how my friend’s lifestyle has changed since she started living in Italy. I want that too,” she said.

“I've got a few places lined up in November and December. The goal is to buy,” she said.

McDonnell says she's investing more than her money — she wants the Italian life. She’s learning the language and studying Italian history. “It’s about more than buying a place, it’s about making a commitment,” she said.

For Briton David Hart, buying a house in the region simply was a good investment.

The former marketing executive of a gaming company owns an apartment in Rome, a house by the beach and a pied-à-terre in London. He said he decided to buy this last house in the Sabine hills, an hour away from Rome, “for storage”.

“Italy is a really good place to invest in. There's effectively no capital gains tax after five years and inheritance tax is very low,” he said.

Balwin upbeat over apartment demand as it sharpens green focus

Balwin upbeat over apartment demand as it sharpens green focus