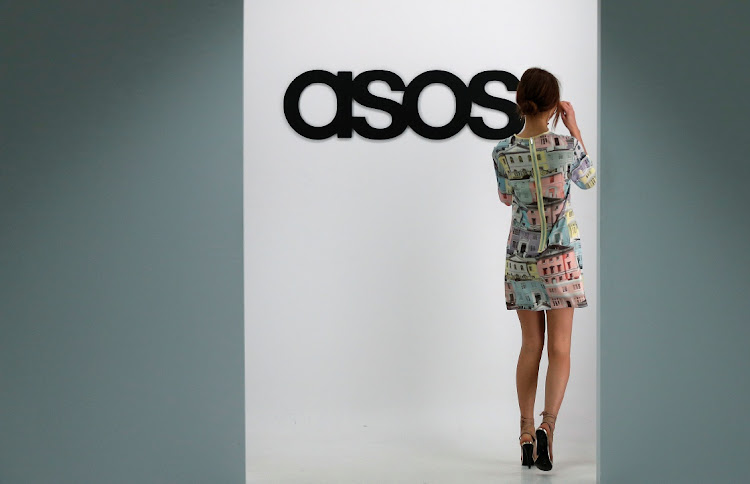 A model walks on an in-house catwalk at the headquarters of British online fashion retailer ASOS in London on April 1 2014. Picture: REUTERS/SUZANNE PLUNKETT

A business model that aims to bring new styles into stores every three or so weeks and where shoppers expect to see fresh, reasonably priced merchandise on each visit is discovering its limitations.

“When it comes to fast fashion, it’s all about being first to market,” said Gus Bartholomew, CEO and co-founder of SupplyCompass, a London-based firm that specialises in product development and delivery software for fashion brands.

“What we're seeing with most brands is that they're all still massively struggling with visibility and control around delivery certainty — knowing when things are going to be delivered and when things might be likely to go wrong and how that will actually impact them.”

Shares in Asos fell 16% on Monday after it warned annual profit could fall more than 40% in 2021, partly because it expects delays in getting stock from partner brands to persist into 2022.

Less than two weeks before rival Boohoo warned its full-year profit would be dented by higher freight costs.

Attention will focus on Thursday on Fast Retailing, the Japanese parent of Uniqlo, when it reports quarterly financial results.

The company said in late September that its clothing releases will be delayed due to Covid-19 lockdowns at partner factories in Vietnam.

Companies from Abercrombie & Fitch to Nike have seen their margins shrink in the last few months as they grapple with higher raw material costs and spend more on shipping.

Gap, American Eagle, Kohl's, Macy's are expected to post their slowest margin growth so far this year when they report third quarter results next month, according to Refinitiv data.

Cheap supplies from Asia have been central to many fast fashion business models.

The downside of reliance on remote workforces has been exposed by increased transit times — Nike's CFO Matt Friend said in September that transit times to the US from Asia have doubled to 80 days.

Added to that, garment factories in Vietnam, a hub for fast fashion producers, face a shortage of workers, particularly in facilities located in lockdown areas.

“A big pain point is manufacturing in countries like Vietnam, Bangladesh and even in China,” said Neil Saunders, MD and retail analyst at GlobalData Retail.

Fast-fashion is “a very time-sensitive segment, which leads to problems” because it is hard to sell out-of-season stock.

Under the current circumstances, that could mean that by the time consignments get through, no-one wants them, while the risk is that stores will have little to offer during the major selling season that starts with Black Friday in November.

On average, in the US, about a third of Zara’s black men’s blazers were out of stock in the third quarter, as were more than a fifth of all H&M women’s white T-shirts, data firm StyleSage found.

H&M, second behind Zara-owner Inditex in the global apparel market, relies on Asia for about 70% of its production, according to analysts.

Supply disruptions hampered H&M  sales in September and CEO Helena Helmersson told analysts and media on Sept. 30 that H&M was bracing for more delays in deliveries.

One solution is to reduce global exposure, which can also help to address pressure from investors focused on environmental social and governance (ESG) factors, including carbon footprints and workers' rights.

Spain's Inditex is much less exposed to Asia than its rivals, sourcing more of its products close to home.

Italy’s Benetton is also turning away from globe-spanning supply chains and low-cost manufacturing hubs in Asia, in a shift, known as near-shoring, that could prove a lasting legacy of the Covid-19 pandemic.

For others, the time and cost of engineering a change is too great and in any case, profits have not been wiped out.

Despite the pressure, Asos’s adjusted earnings before interest and tax (EBIT) margin increased 70 basis points to 5.3% in the year to August 31. Its medium term (3-4 years) target is “at least” 4.3%.

ASOS, which has rapidly expanded into a force in UK retail, sources the majority of its goods from China and India.

On Monday, it said supply chain pressures were expected to continue to the end of February, resulting in longer lead times for imported goods and constrained supply from partner brands.

“I think [availability] will be patchy in terms of third party brands but we’re certainly building that up now and we’re still looking to have some decent [sales] growth over this first [half] period,” chair Adam Crozier told Reuters.

More than half-a-million people advised to isolate in a single week, regardless of their vaccination status
World
1 year ago