Kenya, Nigeria and Pakistan abstain for now as countries, including Switzerland, raise concerns about its implementation 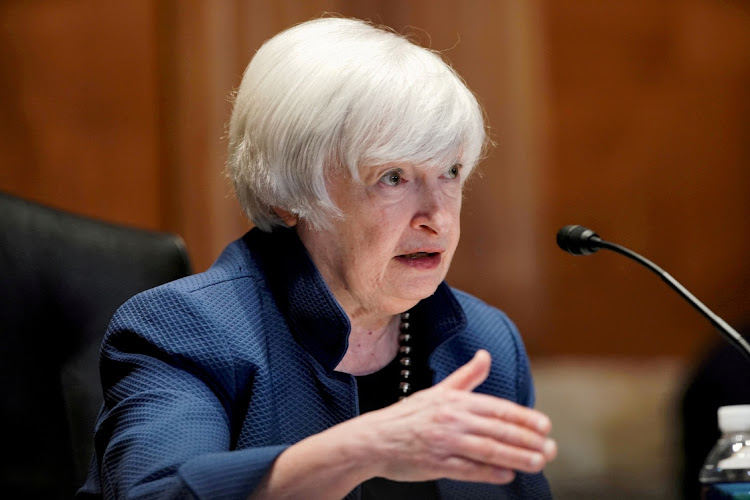 Washington — US treasury secretary Janet Yellen said on Sunday she was confident the Congress would approve legislation to implement the global corporate minimum tax agreed to by 136 countries.

Yellen said the actions to bring the US into compliance with the global minimum tax would probably be included in the so-called reconciliation budget bill containing President Joe Biden's proposed spending initiatives.

The milestone global deal to ensure big companies pay a minimum tax rate of 15% and make it harder for them to avoid taxation was agreed on Friday after Ireland, Estonia and Hungary signed up to the accord.

The deal aims to end a four-decade-long “race to the bottom” by governments that have sought to attract investment and jobs by taxing multinational companies only lightly and allowing them to shop around for low tax rates.

Negotiations have been going on for four years, moving online during the pandemic, with support for a deal from US President Joe Biden and the costs of the Covid-19 crisis giving it additional impetus in recent months.

The deal aims to prevent large firms from booking profits in low-tax countries such as Ireland regardless of where their clients are, an issue that has become ever more pressing with the rise of big tech giants that can easily do business across borders.

Out of the 140 countries involved, 136 supported the deal, with Kenya, Nigeria, Pakistan and Sri Lanka abstaining for now.

The Paris-based Organisation for Economic Co-operation and Development (OECD), which has been leading the talks, said that the deal would cover 90% of the global economy.

“Today we have taken another important step towards more tax justice,” German finance minister Olaf Scholz said in a statement.

“We now have a clear path to a fairer tax system, where large global players pay their fair share wherever they do business,” his British counterpart Rishi Sunak said.

With the ink barely dry on the deal, some countries were already raising concerns about its implementation.

The Swiss finance ministry demanded in a statement that the interests of small economies be taken into account and said that the 2023 implementation date was impossible.

Poland, which has concerns over the impact on foreign investors, said it would keep working on the deal.

Central to the agreement is a minimum corporate tax rate of 15% and allowing governments to tax a greater share of foreign multinationals' profits.

Yellen hailed it as a victory for American families as well as international business.

“We’ve turned tireless negotiations into decades of increased prosperity — for both America and the world. [Friday's] agreement represents a once-in-a-generation accomplishment for economic diplomacy,” Yellen said.

The OECD said that the minimum rate would see countries collect about $150bn in new revenues annually while taxing rights on more than $125bn of profit would be shifted to countries where big multinationals earn their income.

Ireland, Estonia and Hungary, all low tax countries, dropped their objections last week as a compromise emerged on a deduction from the minimum rate for multinationals with real physical business activities abroad.

Argentinian economy minister Martin Guzman said on Thursday that proposals on the table forced developing countries to chose between “something bad and something worse”.

While Kenya, Nigeria and Sri Lanka did not back a previous version of the deal, Pakistan’s abstention came as a surprise, one official briefed on the talks said. India also had qualms up to the last minute, but ultimately backed the deal, they added.

The OECD said that the deal would next go to the G20 economic powers to formally endorse at a finance ministers’ meeting in Washington on October 13 and then on to a G20 leaders summit at the end of the month in Rome for final approval.

There remains some question about the US position, which depends in part on domestic tax reform negotiations in Congress.

Countries that back the deal are supposed to bring it onto their law books next year so that it can take effect from 2023, which many officials have said is extremely tight.

French finance minister Bruno Le Maire said Paris would use its EU presidency during the first half of 2022 to translate the agreement into law across the 27-nation bloc.

OECD warns it is too early to ease economic support

Inflation is expected to peak towards the end of the year at 4.5% in the G20 major economies before easing by the end of 2022
World
10 months ago
Next Article