Uranium has suddenly come back from the dead

Prices have surged about 40% just in September, outpacing all other major commodities, driven by demand from financial investors 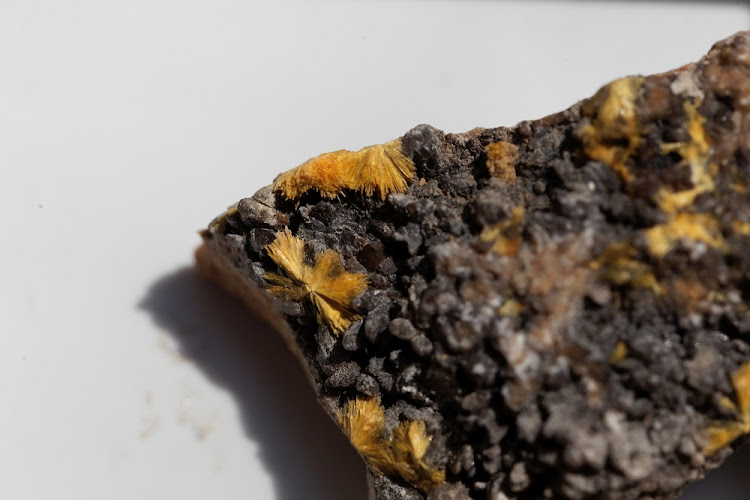 After languishing at historical lows for the better part of the last decade, uranium suddenly came back from the dead.

Prices have surged about 40% just in September, outpacing all other major commodities. In just a few weeks, millions of pounds of supply was scooped up by the Sprott Physical Uranium Trust. It’s a massive bet on nuclear energy’s prominence in a carbon-free future. The problem is — at least for the investors who poured more than $240m into the fund — the debate is still raging over whether and how nuclear can come to the forefront.

Atomic energy became somewhat taboo after the Fukushima disaster in Japan, with opponents saying the 2011 meltdown was only the most recent accident to demonstrate that reactors are too dangerous. And while nuclear power is carbon-free, it has drawn opposition from some progressives and environmentalists who have qualms about radioactive waste. There are now only 51 reactors under construction worldwide, the fewest since 2008, according to Chris Gadomski, lead nuclear analyst for BloombergNEF.

Gadomski’s view of the red-hot uranium rally? “Everybody is getting played,” he said.

Indeed, just as quickly as uranium skyrocketed, prices now seem to be hitting the brakes. Futures traded in New York on Tuesday fell as much as 9.8%, before paring the losses to close the day 0.3% lower at $49.75 a pound. Producer stocks that got swept up in the frenzy seem to have peaked. Cameco has dropped more than 13% since touching a decade high last week. And the world’s top uranium miner Kazatomprom has warned that the recent price action was being fuelled by financial investors rather than the utilities that use the radioactive metal as fuel in their reactors.

Driving the speculation was the new Sprott Physical Uranium Trust. Since mid-August, the fund has amassed a uranium stockpile so big it’s equal to about 16% of the annual consumption from the world’s nuclear reactors, according to data as of Monday, October 4.

Investor demand has been so strong that the Sprott fund earlier this month amended its at-the-market programme to be able to raise up to $1.3bn, after an initial target of $300m.

Nuclear power has always been controversial, but the debate perhaps has never been so polarised.

Even uranium sceptics tend to agree that for global governments to achieve their ambitious plans to wean off fossil fuels, nuclear could eventually take on a bigger share of power generation. Supporters anticipate a renaissance in fission that could draw $5.9-trillion in global investment through 2050, the year that dozens of nations including the US have targeted for reaching net-zero economies.

There’s growing awareness across the globe that closing coal or natural-gas plants could lead to electricity shortfalls. And meanwhile, reliance on wind, solar and hydro power has proved unwieldy — as seen with California’s seemingly constant threat of blackouts and Europe’s soaring energy prices.

That’s where the promise of nuclear and its around-the-clock carbon-free electricity comes into play.

To capture the potential, the Sprott fund has been snapping up uranium from the spot market on an almost-daily basis, sometimes buying more than 500,000 pounds in a single day, according to its website and social media account.

The pace of the Sprott purchases is a change from previous investment vehicles such as Yellow Cake, which bought $100m worth of uranium in March in a deal with Kazatomprom.

Sprott’s “incessant” capital raising along with daily spot-market purchases have “a far greater impact on the psychology of market players than the irregular, lumpy and predictable capital raisings of the past,” Brandon Munro, the CEO of Bannerman Energy, an Australian-listed uranium development company, said by email.

That burst of demand also came at a time when historically low prices and pandemic-driven mine disruptions prompted uranium producers including Cameco to buy from the spot market to fulfil their long-term contracts with consumers.

Meanwhile, the Kazakh producer Kazatomprom is now in talks to supply the metal directly to Sprott for deliveries that would potentially start in 2022. The miner also warned of a “small risk” it wouldn’t reach its output target for 2021, and it said earlier this year it would keep its production at reduced levels through 2023.

“Supply is coming down significantly,” said Nick Piquard, a portfolio manager at Horizons ETFs, which owns a uranium ETF. He added that the Sprott buying is also removing some of the inventories that had been hanging over the market after Fukushima, which led to the shuttering of most of Japan’s nuclear reactors.

The disaster at Fukushima, along with accidents at Chernobyl and Three Mile Island, meant nuclear power has been viewed as suspect for years.

Some governments are rethinking that approach.

Illinois Governor J.B. Pritzker signed comprehensive climate legislation this month that will provide almost $700m in subsidies over five years to Exelon reactors, prompting the company to reverse course and keep alive two nuclear plants in the state. In China, the near-term goal is to approve six to eight new reactors each year and have 70 gigawatts operating with 40 more under construction by 2025, according to the China Nuclear Energy Association.

Even in Japan, nuclear generation has slowly been returning. While the country has only restarted a third of its 33 operable reactors under post-Fukushima safety rules, it aims to restart the rest by 2030. Taro Kono, an administrative reform minister who has emerged as one of the leading candidates to replace Prime Minister Yoshihide Suga, said that nuclear power is needed to some degree for the country to achieve its pollution-curbing goals.

That’s not to say there isn’t still an uphill battle. While some nations are re-embracing nuclear, others are phasing it out. Germany, for example, is set to shut its last reactor next year.

At the same time, the future of nuclear could be driven by a new generation of smaller reactors that are expected to be faster and cheaper to build. Those so-called small modular reactors will need far less uranium than the huge conventional plants that are commonly used now — another potential dent for the commodity market. Still, it will be at least a decade before the smaller reactors start going into service. In the meantime, the big question is whether the gains in investor demand will be enough to underpin the market.

Even before the recent price rally started, demand for uranium from the investment sector was growing, according to John Ciampaglia, CEO of Sprott Asset Management, which oversees the physical trust.

About 20-million pounds of uranium had already been locked up by buying from Yellow Cake, Toronto-based Uranium Participation, and a few junior uranium development companies, according to Jonathan Hinze, president of UxC, a leading nuclear fuel market research and analysis firm. The Sprott uranium fund was formed out of an April takeover of UPC, which held 18-million pounds of uranium.

And while uranium demand from utilities hasn’t moved much recently (the largest consumers of the nuclear fuel are covered by their own inventories and won’t likely won’t need more for the next year or two), producer Kazatomprom has warned of supply shortages in the long term as investors scoop up physical inventory and new mines aren’t starting quickly enough.

“It’s very possible this pickup in the spot market will be the catalyst to push more utilities to get in involved and get going on term contracting,” he said.  “That’s the piece that would be the next part of the cycle.”

Sibanye CEO stands back and plots his retirement

Sibanye CEO stands back and plots his retirement