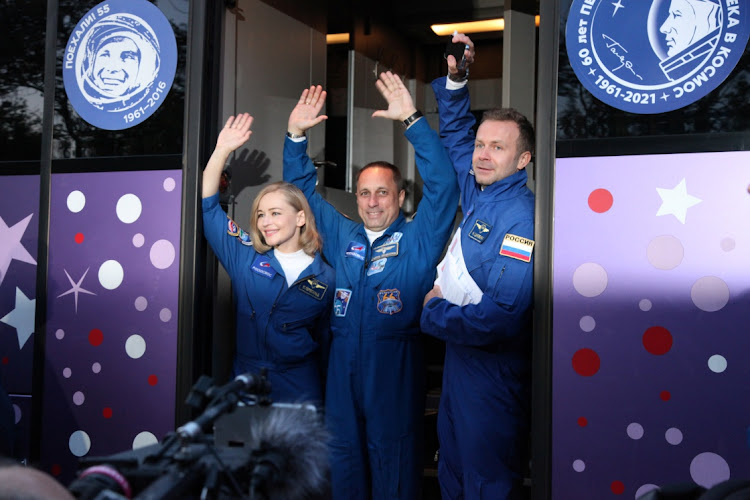 A Russian crew of two cosmonauts, a movie director and an actress blasted off for the International Space Station (ISS) on Tuesday to shoot the first movie in space, the latest twist in decades of Russia-US space rivalry.

The Soyuz MS-19 spacecraft is set to dock at 12.12am GMT at the station, which orbits Earth at an altitude of about 354km.

The 12-day Russian mission follows the launch of the first all-civilian crew aboard a rocket and capsule developed by SpaceX, which was founded by businessperson Elon Musk.

The Russian mission is designed to get in first before a Hollywood project announced earlier in 2021 by actor Tom Cruise together with Nasa and SpaceX.

Russia, first as the Soviet Union, and the US have competed fiercely to reach various space exploration milestones: Russia launched the first satellite and put the first man and woman in space, but Nasa beat it to the Moon landing.

The Russian movie titled “The challenge” focuses on a story of a doctor, portrayed by actress Yulia Peresild, who is asked to travel to the space station to save a cosmonaut¸’s life. Cosmonaut crew members are also set to appear in the film.

Russia is about to make film history by shooting the first movie in space. Cosmonaut @Anton_Astrey blasted off for the @Space_Station with an actor and director to film parts of the movie "Challenge" (Source: Quicktake)

NEWS FROM THE FUTURE: CEO attracts attention by hanging from ankles in gravity boots

They won’t forget this one in a hurry, say marketing hacks of  tech billionaire’s antics
Opinion
3 weeks ago
Next Article