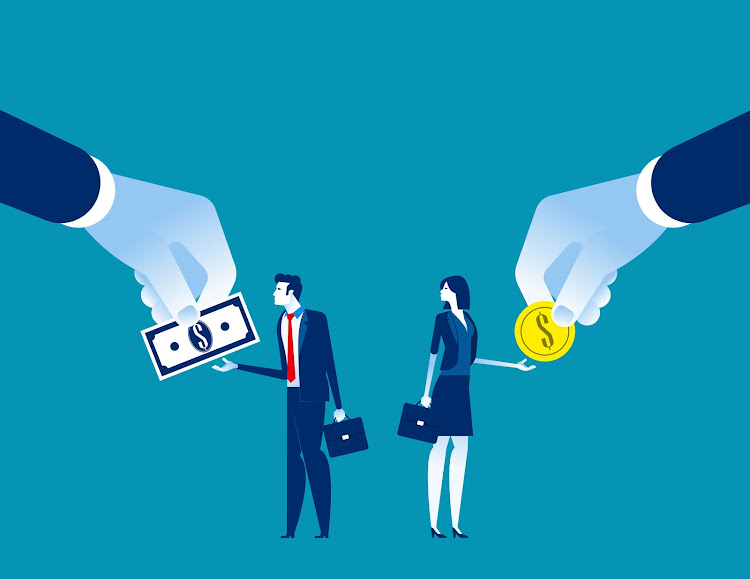 The world’s largest money managers are clamping down on firms they are invested in to make them narrow the gender pay gap, but are struggling to do the right thing by their own female employees.

Women working for asset management firms in the UK were paid about 26% less than male colleagues as at April 2020, according to the average result from some of the biggest companies that have reported the data ahead of a Tuesday deadline. That is only marginally better than the 29% pay gap three years earlier when such reporting became mandatory in the UK.

Some firms, including BlackRock and T Rowe Price Group, posted even worse numbers for their British operations than in 2017, despite increasingly pushing their investee companies to tackle gender inequality and other issues afflicting society such as racial discrimination and climate change.

“If fund managers aren’t actively promoting diversity and inclusion within their own firms, then how can we expect them to hold other companies to account,” said Diandra Soobiah, head of responsible investment at the National Employment Savings Trust, one of the UK’s largest pension funds. “If they don’t have good practices and policies, then it puts them in a more difficult position to challenge.”

The data only measures UK-based units, so may not be reflective of pay across firms’ global operations.

T Rowe Price and BlackRock are among asset managers that are leveraging their huge financial firepower to take more active roles in improving corporate behaviour. The firms, which manage trillions of dollars between them and own shares in the UK’s largest listed companies, do this by proxy voting on behalf of clients at shareholder meetings.

BlackRock, in particular, has emerged as a leading figure in trying to actively bring change at the companies it invests in. Stewardship reports recently published by the firm specifically highlight the gender pay gap as an issue it was targeting at companies it owned shares in.

“While we have made progress in some areas, we know that there is more work to do to make our organisation more equitable and diverse,” said Scott Keller, head of Europe, the Middle East and Africa distribution at T Rowe Price.

Of the other firms surveyed, Abrdn, Allianz, Fidelity International, Invesco, Legal & General Group, M&G, Schroders and Vanguard Group replied to requests for comment. Most said the disparity in pay was explained by more men occupying senior management positions or other well-paid roles, adding that they were committed to changing this and had taken steps to do so.

The best-performing fund manager among the sample was the UK unit of Vanguard, which paid its female workers 16% less than male employees. That means the firm, which employs most of its workers in the US, has seen its British pay gap narrow by eight percentage points since its first-year filing.

To be sure, UK asset managers are doing better than their investment banking peers in closing the gap. A sample of 10 large banks reporting the same data showed an average difference of about 45% between male and female hourly wages.

Compulsory reporting of gender pay numbers was introduced by the UK government in 2017, for companies with more than 250 employees.

While Soobiah said the introduction of the reporting has been a helpful first step in bringing about change, she noted there was still a lack of uniformity about how each firm calculates its numbers.

“We use it to have a constructive dialogue with our managers about how they can improve,’ she said. However, “there is a lot of scope for massaging the numbers”.

Ocasio-Cortez said the message on her dress was "about having a real conversation about fairness and equity in our system".
Business
1 month ago
Next Article